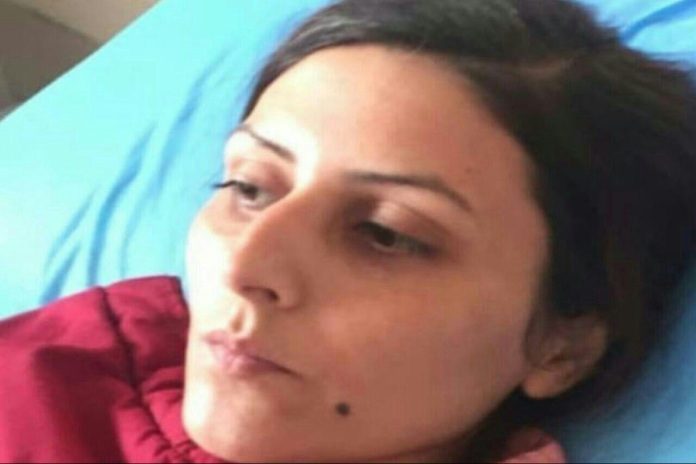 Golrokh Ebrahimi Iraee, a political prisoner detained in the Gharchak prison in Varamin, who had ended her hunger strike after 80 days, has taken to prison from Baghiatallah Hospital.

According to the Campaign for the Defense of Political and Civil Prisoners, Golrokh Ebrahimi Iraee, who on April 24th, 2018, ended her hunger strike after 80 days, on Sunday, April 29th, 2018, despite muscle weakness and illness and without completion of the treatment, was taken back to Gharchak prison in Varamin.

Golrokh Ebrahimi Iraee, a political prisoner detained in Gharchack prison in Varamin, after 80 days of hunger strike, due to family members insistence and in response to the demands of more than thousand civil and Political activists and 28 human rights organizations and the promise of meeting her demands, ended her hunger strike.