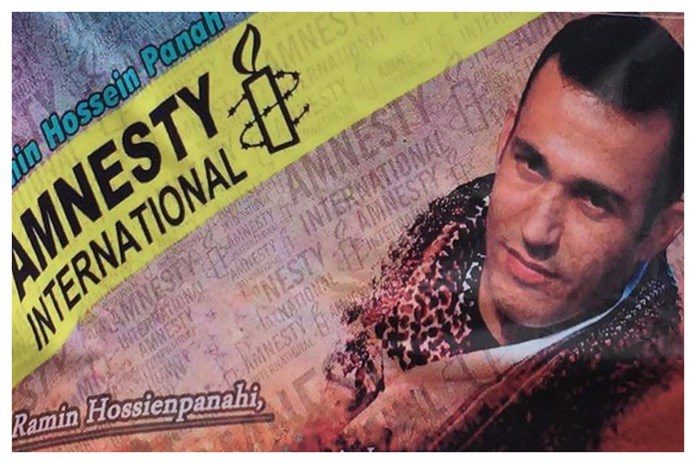 Ramin Hosseinpanahi, a Kurdish political prisoner who was sentenced to death, was transferred to Sanandaj prison quarantine section for execution.

According to the Campaign for the Defense of Political and Civil Prisoners, Ramin Hosseinpanahi, a Kurdish political prisoner, who’s death sentence verdict was confirmed on April 11th, 2018 by Supreme Court branch no. 39 in Qom, was transferred to the Central Prison in Sanandaj on May 1st, 2018 for executing his death sentence.

An informed source told the campaign, “Ramin Hossein Hosseinpanahi, has been transferred to the quarantine center of Sanandaj, and they are planning to execute him on Thursday, May 3rd, 2018.”

Hussein Ahmadinez, Ramin Hosseinpanahi’s lawyer had previously said: “The hearing of Ramin Hosseinpanahi’s case was very immediate and fast, and this is contrary to the law, because it shows that the court and the supreme court have not paid attention to the defense reason and case.  He was prosecuted based on the orders of certain special authorities and has been convicted in the name of judicial decisions based on unfair and improper proceedings, which is contrary to legal rules. International law completely condemns this prosecution. “

Ramin Hosseinpanahi ‘s case was sent to Qom’s Supreme Court Branch 39 for review. According to the family of this political prisoner, the judiciary intends to execute him by sending his case to Qom.

In connection to the confirmation of the verdict of the political prisoner, on Thursday, April 19th, 2018, three UN experts released a statement demanding that his death sentence be suspended and expressed their concern for the mistreatment and torture of prisoners in Iran.

Following the announcement of Ramin Hosseinpanahi’s death sentence, a new wave of protest was formed inside and outside Iran. A wide range of Kurdish organizations, including the Center of Kurdish Parties Alliance, different populist clubs, civil and political citizens centers, educational group, writers, artists, various social institutions, poets, marketers, guilds, ex-representatives of various parliamentary time, cultural activists, The Iranian Democratic Council, and dozens of other political and civil organizations, issued various statements and announcements in Kurdistan, Iran, and in some provincial cities and towns in Europe and Canada. They have protested, condemning Ramin Hosseinpanahi’s death sentence and other execution sentences of political, civil and different believer’s prisoners in Iran. They also announced their support for Ramin Hosseinpanahi.