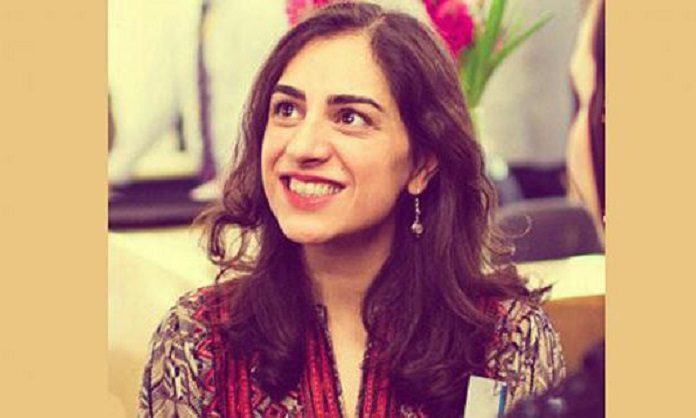 Aras Amiri, a 32-year-old postgraduate student at the University of Kingston, UK, was arrested February 23 last year on charges of “acting against national security” by Ministry of Intelligence agent in Tehran and transferred to section 209 of the Ministry of Intelligence in Evin Prison. Aras Amiri was reportedly not allowed to meet with her lawyer after 50 days of her arrest.

Mohsen Omrani, a relative of Aras Amiri (son of aunt), who resides in the United States, reported about the Iranian citizen’s detention on Tuesday, May 1st, 2018 in his Twitter account and wrote: “Aras was arrested in Tehran just before the Eid (Iranian New year), and she has been in Evin Prion section for almost 50 days. Her charge: as usual, ” Colluding against national “!!!

Mohsen Omrani, Aras Amiri cousin, a resident of the United States, told the Human Rights Watch in Iran about the manner in which she was arrested: “Aras arrived in Tehran on March 9th and went to city of Amol to see her grandmother in hospital. In fact, this trip to Tehran was for visiting her sick grandmother. On March 16th, she returned to Tehran to go to the airport. That day, she was arrested by the intelligence ministry in the car on the street. Aras and a few other relatives were riding to the airport when the car was blocked by the Ministry of Intelligence car and they took Aras with them. “

The cousin said: “The only thing that has ever been told to the family is that Aras has been arrested on charges of Colluding against the national security, but they have not mentioned any reason for this charge, and so far, Aras could not meet his lawyer. “

Mohsen Omrani went on to say: “Aras in British Council has been collaborating with young Iranian artists to host the exhibition, the film and theater festival, and all the works and invitations have been done with the permission of the Ministry of Guidance(Ershad). The cultural and artistic exchange between the two countries has been around for many years. Officials do not have clear answer for the detention reason and the basis for her charges, it seems that her crime is just that she worked in the UK.

Mr. Omrani stressed that in recent years Aras Amiri had been traveling at least once or twice to Iran and had no problems: “It is really weird for us why she was arrested on this trip without any reason. My aunt has repeatedly told the authorities that her daughter has not been politically active and has traveled to Iran many times and why she has been arrested on this trip, but they have not given her any response. “

According to Mr. Omrani, the prosecutor filed a bail a few days after her arrest, but after family provided the bail, told them that things had changed and that she should remain in prison for the time being.

Mohsen Omrani also said, since Mrs. Amiri arrest, she had three visits and several phone calls with her family.