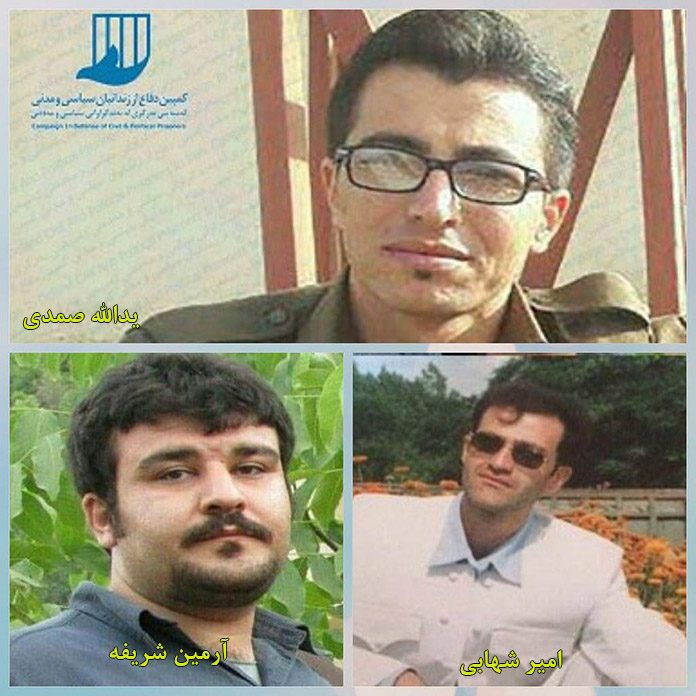 According to the Campaign for the Defense of Political and Civil Prisoners, Amir Shahabi, and Yadollah (Yadi) Samadi, who were arrested on May 1st, at the same time as the International Labor Day in Sanandaj, were taken to Sanandaj Central Prison. Armin Sharifa, a labor activist and member of the Sanandaj Seasonal Construction Syndicate, who was arrested on May 8th, 2018, was also taken to a Sanandaj Central prison after being detained at the Sanandaj Intelligence Office Detention Center.

An informed source told campaign: “These people were detained without access to a lawyer, and their families do not even know exactly what their charges are, we just know that Amir Shahabi and Yadi Samadi charges are related to the International Labor Day as they were arrested the same day. “

Yadollah Samadi, a labor activist who was arrested by security forces on May 1st, 2018, (International Labor Day) at his house, and was informed of his charges.  The charge of this detained worker is the preparation and distribution of calendars and pens on Labor Day with slogans for the abolition of the death penalty and child labor.

Yadollah Samadi, previously in 2015, was sentenced to 5 months of imprisonment and 30 lashes by Judge, “Hamid Soltan Ab-Sayed”, on charges of participating in the Kobani Kurdish Kurdish-gathering in Branch 106 of the Criminal Court.

Armin Sharifa, a labor activist and a member of the Sanandaj Seasonal Construction Syndicate, was arrested on Tuesday, May 8th, 2018, after being summoned to the Office of the Ministry of Intelligence in Sanandaj, and then transferred to the Detention Center of Sanandaj Information Office.

The first of May has been selected as the International Labor Day and is a holiday in most countries and is celebrated by labors with gathering and rallies.

Despite the freedom of assembly in the Constitution, the Islamic Republic of Iran does not allow the independent labor organizations and labor activists to conduct labor ceremonies, and if they hold a rally, they will be prosecuted by summoning or arresting them and charged with propaganda against the state and acting against national security.