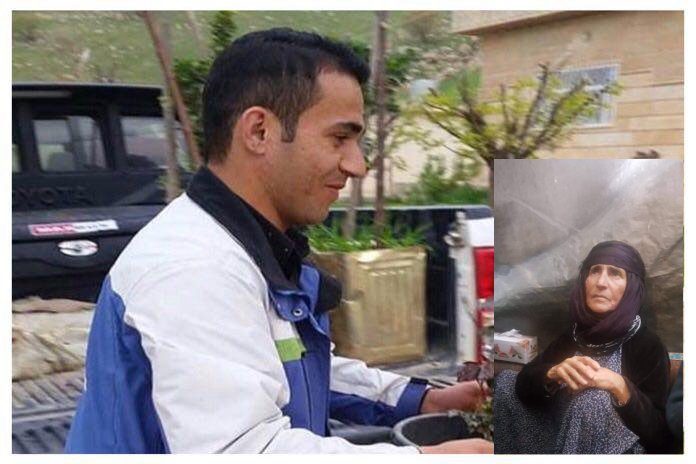 The case of Ramin Hosseinpanahi, a political prisoner sentenced to death, has been referred to Branch 4 of Revolutionary Public Prosecutor’s Office in Sanandaj for the execution of sentences.

According to the Campaign for the Defense of Political and Civil Prisoners, today, on May 17th, 2018, after Ramin Hosseinpanahi’s lawyer requested information on Ramin status, he was informed that Ramin Hosseinpanahi’s case was received by Branch 4 of Revolutionary Public Prosecutor’s Office in Sanandaj for the execution of his sentences.

Hussein Ahmadi Nezam, Ramin Hosseinpanahi’s lawyer wrote on his Facebook page: “Today I met Ramin in the central prison of Sanandaj and told him about his case, he was not upset about the execution of his death sentence, but his regret and sadness was that he was being executed as a terrorist. Ramin has told me today in prison that he has fought ISIL in the Kirkuk Front for three months. I hope that he is not executed, I’m really worried about the sentence. “

Ramin Hosseinpanahi ‘s rescue campaign while noting their concern for Ramin sentence enforcement, has also called for all human rights organizations and institutions to stop his execution in any way they can and not allow Ramin to be executed for the reason of political activity against the Islamic state.

Ramin Hosseinpanahi, a political activist, was arrested on June 23th, 2017, and after 200 days of solitary confinement, physical and emotional torture, was

transferred to the Sanandaj Central Prison. The political prisoner was sentenced to death on January 25th, 2018 in branch 1 of a revolutionary court in Sanandaj. The verdict was reaffirmed on April 11th, 2018, at Branch 39 of the Supreme Court in Qom.

About the confirmation of the verdict of this political prisoner, three United Nations experts issued a statement on April 30, 1397 demanding that her death sentence be stopped and her concern was expressed for the mistreatment and torture of prisoners in Iran.

In connection to the confirmation of the verdict of the political prisoner, on Thursday, April 19th, 2018, three UN experts released a statement demanding that his death sentence be suspended and expressed their concern for the mistreatment and torture of prisoners in Iran.

Following the announcement of Ramin Hosseinpanahi’s death sentence, a new wave of protest was formed inside and outside Iran. A wide range of Kurdish organizations, including the Center of Kurdish Parties Alliance, different populist clubs, civil and political citizens centers, educational group, writers, artists, various social institutions, poets, marketers, guilds, ex-representatives of various parliamentary time, cultural activists, The Iranian Democratic Council, and dozens of other political and civil organizations, issued various statements and announcements in Kurdistan, Iran, and in some provincial cities and towns in Europe and Canada. They have protested, condemning Ramin Hosseinpanahi’s death sentence and other execution sentences of political, civil and different believer’s prisoners in Iran. They also announced their support for Ramin Hosseinpanahi.