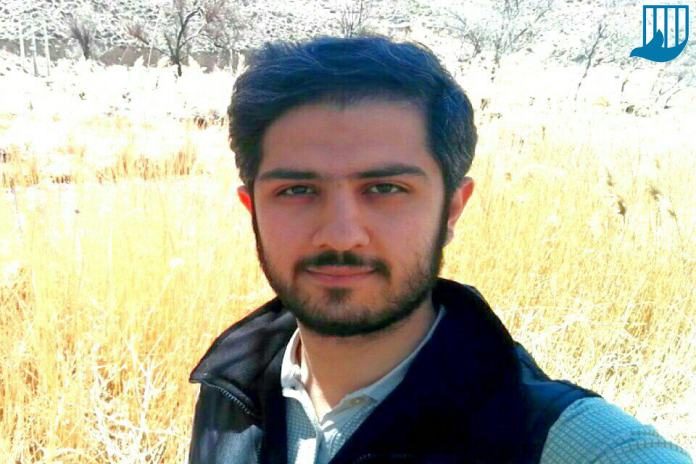 Mehrdad Garivani, a civil activist, was summoned to Branch 2 of the Public Prosecutor’s Office to present his last defense.

According to the Campaign for the Defense of Political and Civil Prisoners, Mehrdad Garivani, a civil activist, who was released on August 2nd, 2018, on 200 million Tomans bail, was summoned to Branch 2 of the Prosecutor’s Office of Culture and Media to present his last defense on May 16th, 2018.

Mehrdad Garivani, a civil and student activist, plans to refuse to go to the prosecutor’s office, and in a memo titled “I do not give right to a sovereignty based on theft, corruption and betrayal of the people to judge “.  On his Instagram, he published an essay on his summons, the full text is as follows:

“I was detained for 190 days from January 26th, 2017 to   August 2nd, 2017, and spent 160 days of it in solitary confinement. One of the issues that I had been struggling with at the beginning of my detention was how a security case will be handled.

To make sure no one learns about my arrest, I was locked up in a private car in the courtroom parking, but eventually nothing occurred! Bijan Ghasemzadeh did not know that I was charged the night before, so I was returned to solitary without any talk. The third time I was transferred from the jail to the prosecutor office a week later.

The first and last time I was interrogated by Bijan Ghasemzadeh was the third time and after that I never saw Ghasemzadeh. But this did not mean that he would not extend the detention order! My detention was renewed every month, and I was in solitary confinement without anyone answering my protest!

Yesterday, after 287 days of my release, I was summoned to the Second Branch of the Public Prosecutor’s Office of the Ministry of Culture and Media. In the announcement, it is stated: “Within 5 days appear before this branch for the last defense.”

What is certain is that I will never go by myself to the injustice and oppressive court of the Islamic Republic, because I believe that a sovereignty based on theft, corruption and betrayal of the people does have right to judge!

I say that the sovereignty is corrupt, because it kisses a corrupt person such as Tosi and accepts him fully, but severely punishes the corruption revealers, on the excuse of preventing the spread of prostitution!

The sovereignty is a treason to the people.  The people with aspiration for independence and freedom, have overthrown the kingdom to replace oppression and tyranny with justice and equality. It is true that in this absurd dream, the sovereignty sacrificed the independence for its survival and restraint, and slammed the freedom, so that another revolution does not sprout, but unaware of the promise of the righteousness of God that he said: “Those who done wrongdoing and the oppression, soon will know what kind of order they will return. (Poetry, 227)”

Mehrdad Garivani, a student in the Physics Department of Qom University, was arrested by the Revolutionary Guard’s intelligence force on January 26th, 2017, February 7, and transferred to Band-e-A-2 in Evin and after 160 days of interrogation was transferred to Section 240. Revolutionary Guard’s security forces at the time of arrest, seized his cell phone, laptop, hard drive.

Before the arrest, in December 2016, the Revolutionary Guard affiliated media reported that “this civil activist and a student have collaborated with some media,”

Although this civil activist and student, later in a statement said, “did not cooperate with any media,” but the detention of this student was on the Revolutionary Guard’s security forces’ agenda and after a while was arrested.