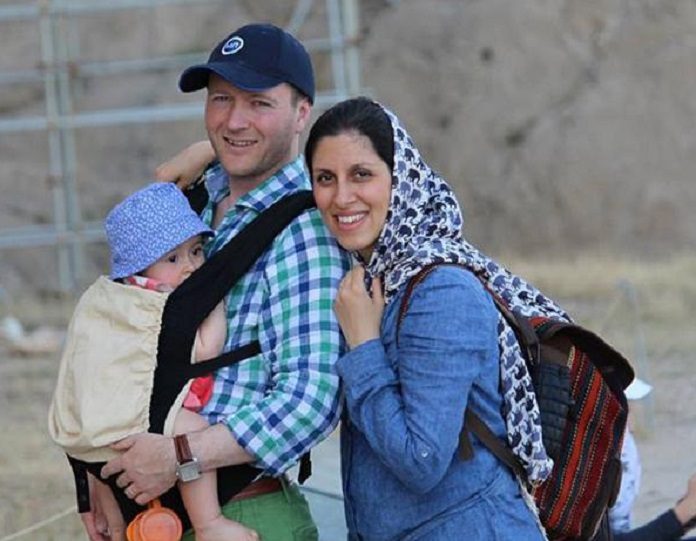 On Saturday, May 19th, 2018, Nazanin Zaghari-Ratcliffe, a British-Iranian dual citizen, faced a new charge by the Revolutionary Court.

In a statement released on Monday May 21st, 2018, Richard Ratcliffe reminded that the trial which was chaired by Judge Abulqasem Salavati, accused his wife with “propaganda against the regime”.

Last week, close to Mohammadjavad Zarif and his British counterpart Boris Johnson visit in Brussel, Free Nazanin campaign announced that her case had been reopened.

Richard Ratcliffe said that the judge told his wife that she should wait for another verdict against her.

Richard Ratcliffe, Nazanin Zaghari’s husband, earlier in a letter to Deputy Foreign Minister of Iran Abbas Araghchi wrote, since I was informed by the judiciary and the foreign ministry that my wife’s case has been transferred from the judiciary to the Iranian Foreign Ministry, and I asked him to provide faster conditions for the release of my wife after nearly two years of detention. The letter was issued on the February 21th, 2018, the same year as the visit of Abbas Araghchi to London.

The Free Nazanin campaign has previously said that the Revolutionary Court Branch of Evin Prison told Nazanin Zaghari that her continued imprisonment is due to a dispute between Tehran and London over the rate of interest for British debt to Iran.

Islamic Republic of Iran Ministry of Foreign Affairs, which is responsible for investigating this disagreement, is describing the connection of Ms. Zaghari’s case with this dispute as a “groundless speculation”.

Nazanin Zaghari’s husband, Richard Ratcliffe, earlier answered to Radio Farda’s question that both British and Iranian governments denied the connection between his wife’s case and the debt, saying: They deny, but “the message we receive from the judiciary, or the prosecutor’s office and case’s judge indicate that Nazanin’s release is definitely linked to the payment of this debt. “

The story of London’s debt is going back about forty years ago, when the government of the Iran paid $ 600 million pound to Britain to buy 1,750 tanks. The British shipped 185 tanks to Iran before January 1979, but after the revolution, it stopped selling arms to Iran.

On June 15th, 2016, the Kerman province Revolutionary Guard arrested her and accusing her of “contributing to the overthrow of projects” and “she is one of the main affiliates of aliens.”

Nazanin Zaghari’s husband, Richard Ratcliffe, has been campaigning for her release since 2016, which has not yet been succeeded. It is unclear what the current state of Iran’s relations with Western countries might have on her case, but the new charges against her suggest that the Iranian judiciary is likely to increase her conviction.