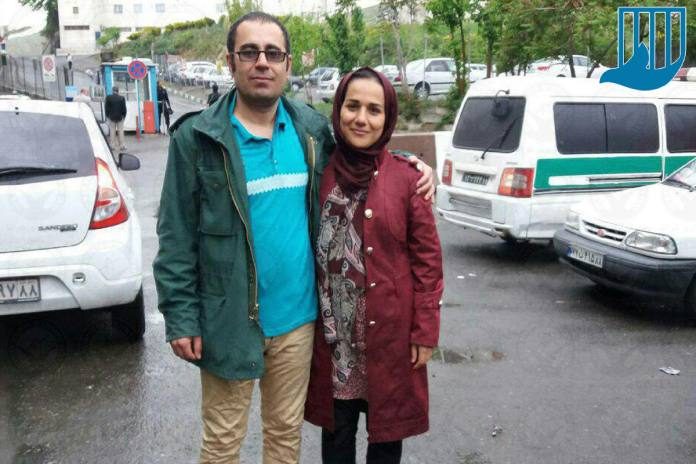 Mohammad Habibi, a member of Tehran teacher association’s board, who was arrested on Thursday May 10th, 2018, in Tehran, urgently needs screening and emergency treatment for his injury.

According to the Campaign for the Defense of Political and Civil Prisoners, Mohammad Habibi, a member of Tehran Teachers associations’ board, who was arrested in Tehran on May 10th, 2018, and was taken to the Tehran big Prison called Feshafoyeh, on Tuesday, May 15th, 2018, requiring urgent treatment and imaging. He has been injured, but prison authorities have not yet acted to treat him.

Authority has agreed with his release on 100 million Toman bail, and despite his lawyer Hossain Tajvakil and his family effort, they have not been able to free him so far.

Mohammad Habibi, 39, and a member of the board of directors of the Tehran Teachers’ Trade Union, on March 3rd, 2018, was arrested by the Revolutionary Guards, on charges of acting against the security forces, and after a month and half interrogation without access to a lawyer, on April 15th, 2018, was released on 250 million Toman bail.

In recent years, the Islamic Republic has increased threat, arrest, and imprisoned of trade association activists, and teachers’ right’s activists.  While during a traditional division of responsibilities, the two main security agencies in Iran, the Ministry of Intelligence and the Revolutionary Guards, each have their own separate activities. The teachers and their activities are suppressed by both institutions. Over the past 10 years, many teachers have been arrested, detained, exiled or fired with simultaneous filing of the Ministry of Intelligence and the Revolutionary Guard.

Ismail Abdi and Mahmoud Beheshti, two leaders of Tehran Teachers’ Association, are currently sentenced and imprisoned by a case filed by Hassan Rouhani’s Ministry of Intelligence and at the same time a case was also filed by Revolutionary Guards. Ismail Abdi, a former secretary general and a senior member of the Teachers’ Association, has been on hunger strike since April 24th, 2018, in protest of “violent and illegal clashes of the judiciary and widespread human rights violations of teachers and workers in Iran.”