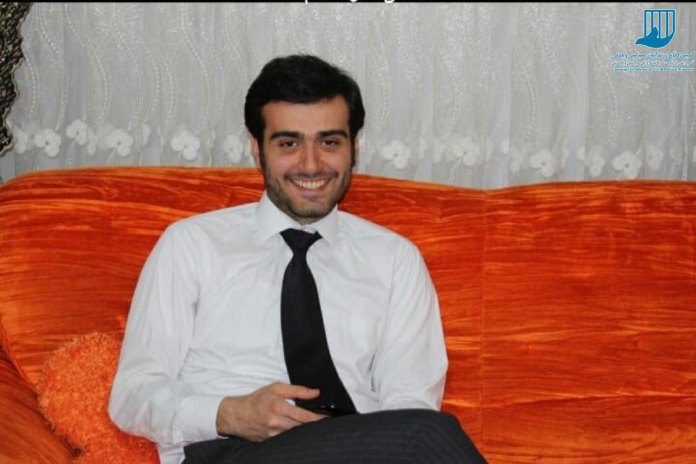 Ali Nouri, a 25-year-old civil activist and former political prisoner, was sentenced to seven and a half years of imprisonment by the Revolutionary Court Branch 26.

According to the Campaign for the Defense of Political and Civil Prisoners, Ali Nouri who was arrested on December 30th, 2017, by security forces and released on January 2018 from Rajai Shahr Prison, was sentenced to seven and a half years of imprisonment by the Revolutionary Court Branch 26.

The civil activist reported on his conviction by posting an image of the verdict on his personal Instagram page.

He was arrested by security forces on December 30th, 2017, during a military service (draft) in Tehran’s Valiasr Square, and transferred to Evin Prison. Ali Nouri was transferred to Evin Prison’s clinic on January 13th, 2018, due to severe chest pain, and was later transferred to Rajai Shahr Prisonin Karaj. He was finally released after a 36-day arrest on Sunday, February 4th, 2018, from a ransom on bail and now he has been sentenced to seven and a half years in prison.

Ali Nouri, a civil activist, was detained before in front of the UN on Wednesday, October 8th, 2014, after taking part in the Kobani gathering. After being arrested, he was transferred to Section 2-A of the Revolutionary Guard. After a long interrogation and solitary confinement, Ali Nouri was transferred to the general ward 8 in Evin Prison, the place where the financial prisoners are kept.

After being released on 50 million Tomans bail, he was sentenced to 7 years of imprisonment by Revolutionary Court Branch 28 under the chairmanship of Judge Moghiseh. His sentence was reduced to 2 years in Appeals Court, and on March 15th, 2017, after spending a third of his imprisonment, was released from Evin prison.