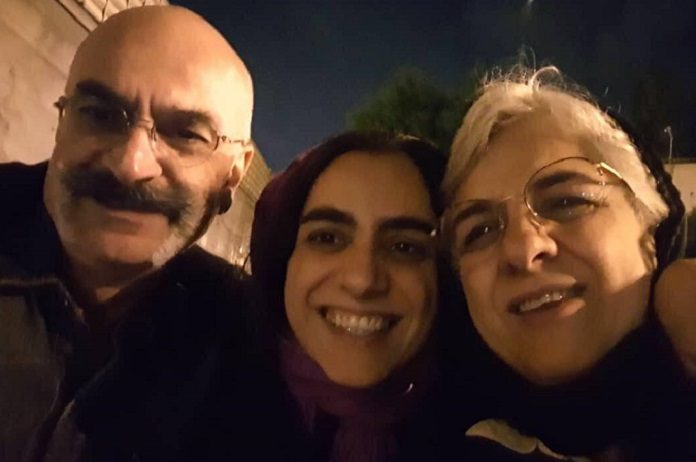 Aras Amiri, a 32-year-old student at the University of Kingston in the UK, was released on bail on a mortgage bail of 500 million Tomans.

According to the Campaign for the Defense of Political and Civil Prisoners, on Monday May 21st, 2018, Aras Amiri, who was arrested on February 23 last year on charges of “acting against national security” by the Ministry of Intelligence agent in Tehran and transferred to section 209 of the Ministry of Intelligence in Evin Prison, was temporarily released from Evin Prison on a 500 million Tomans bail.

Mohsen Omrani, a relative of Aras Amiri (son of aunt), who resides in the United States, reported about the Iranian citizen’s detention on Tuesday, May 1st, 2018 on his Twitter account and wrote: “Aras was arrested in Tehran just before the Eid (Iranian New year), and she has been in Evin Prion section for almost 50 days. Her charge: as usual, ” Colluding against the Nation “!!!

The British Cultural Council, according to its website is an international organization for cultural relations and educational opportunities that work in the field of art, linguistics and social activities, with the goal of building trust and providing international opportunities. The council, which began its work in Iran from 1942, suspended its activities in Iran in 2009 after the abolition of the visas of foreign staff and the summoning of indigenous workers.

Since the presidency of Hassan Rouhani in June 2013, the arrest of Iranian dual citizens or of foreign countries residence by the Revolutionary Guard Intelligence and the Ministry of Intelligence have increased. They often charged them with espionage and interrogated them without access to a lawyer, and were tried in closed trials based on forced confessions during the interrogation. In some cases, the Islamic Republic has used these defendants as hostages and released them in exchange for receiving money or the release of their detained or detained relatives in other countries.

Nazanin Zaghari and Kamal Foroughi are two other British citizens who have been charged with similar accusation and are detained in Evin Prison.