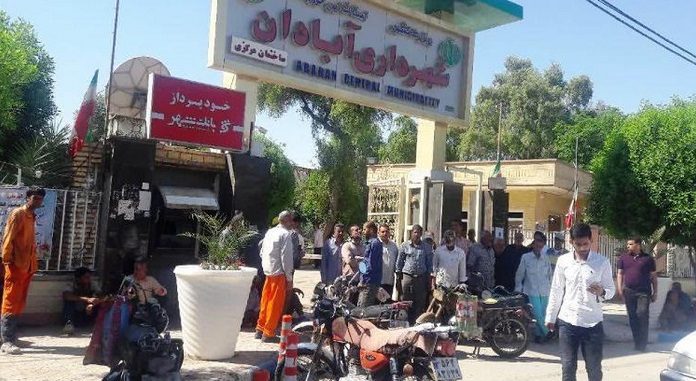 One of the Abadan Municipality worker burned himself and a group of other colleagues gathered to protest of not receiving their salaries.

It was reported that a worker of Abadan’s Municipality District 3 in Khuzestan Province set himself on fire on the evening of Monday May 21st, 2018, in protest of the poor economic condition and non-payment of salaries. His co-worker, who came to help put down the fire, also suffered severe burns.

The worker, called “Zamen Azerbaijani”, has been struggling with many livelihoods and had some problems with his work when he attempted self-immolation. It is said that the Zamen burned rate is about 80% and he was immediately dispatched to the Ahwaz burn injury hospital.

His co-worker also suffered from 35% burns. Abadan Municipality workers are struggling with many financial and business problems, like other municipalities workers across Iran.

The workers also gathered in front of Abadan Municipality building on Tuesday May 22nd, 2018, to protest their economic situation of not getting their salaries paid.