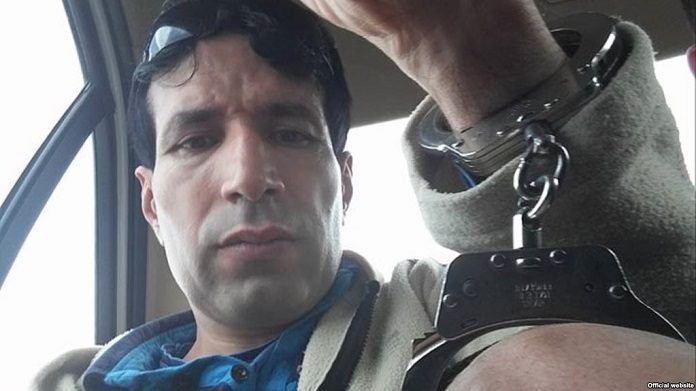 Timur Khaledian, a civil activist from Malayer, was sentenced to twenty months of imprisonment and three months of suspended imprisonment by Judge Behnam Rezawandi, the head of Malayer Revolutionary Court first branch, on the charges of participation in the December 2017 general protests.

Timur Khaledian told the Human Rights Campaign in Iran on Saturday May 19th, 2018, that he had been “beaten and sexually assaulted” in the police station in January last year after being arrested in protest rallies.

It has been reported that, judge Behnam Rezawandi, head of the first branch of the Malayer court, issued the verdict without considering the issue of beatings and sexual harassment during his arrest.

Timur Khaledian, a 35-year-old furniture manufacturing worker, was arrested during the general protests on December 31st, 2017, and after 20 days, was released on bail. The human rights activist after being arrested, was transferred to the Malayer Park Police station and was severely “beatings and sexually tortured”.

An informed source told the Campaign, “In the court, they cited that Timur Khaledian had a live conversation with BBC while he has never interviewed the BBC:” In the ruling is written that Timur Khaledian spoke against the regime in the live BBC program while he did not talk to the BBC or any other TV. “

Timur Khaledian previously was arrested during the years of 2015 and 2016 on the charges of sending a news report of Malayer Prison, to human rights media and once was sentenced to six months in prison for propaganda against the regime.

From beginning of The Islamic Republic establishment, the issue of rape, torture and sexual harassment of prisoners have been raised by critics and opponents. Many released political prisoners in the 1980s, accused the Islamic Republic of harassing and raping them. Husseinali Montazeri, the Islamic Republic’s Supreme Leader deputy at the time, on October 1986, in a letter to Rouhollah Khomeini described the country’s problems with the phrase “Do you know, in some of the Islamic Republic’ prisons, young girls are rapped forcibly? Do you know that the use of offensive and insult language is a common practice when interrogating the girls?”

In the post-election protests, a number of released prisoners uncovered the physical torture and harassment in prisons, most notably in the Kahrizak detention center. Mehdi Karroubi, one of the presidential candidate who was objected to the election, also in a report from the interview with the victims, objected to the situation and called for the intervention of the Iranian leader. Reports that, although resulted in Kahrizak detention center closing, but did not end the persecution and physical torture in Iran’s prisons.