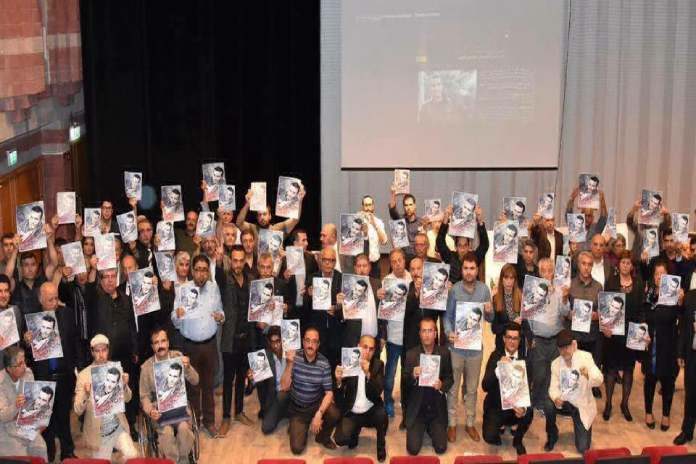 More than 2000 human rights and civil activists and adversaries to death sentence in a letter requested the immediate termination of the death sentence for Ramin Hosseinpanahi, a political prisoner held in Sanandaj Central Prison.

The request for reinstatement of Ramin Hosseinpanahi death sentence, that was presented to the Supreme Court on Tuesday, May 22nd, 2018, was not accepted. “The case was presented to the Supreme Court branch no. 38, which unfortunately, the court rejected the reinstatement without hearing and citing the case,” Hussain Ahmadi said on June 10th, 2018, confirming the matter to the ISNA news agency.

Though, Ramin lawyer said that he would “reapply for a retrial”, but the imminent danger of this political prisoner execution has increased dramatically, because on May 19th, 2018, the Sanandaj Central Prison security authorities notified Ramin Hosseinpanahi of his death sentence, and he was told that “he will certainly be executed after month of Ramadan.”

The letter is still open for signing in support of Ramin Hosseinpanahi’s rescue campaign, and all those who want to sign, may do so by visiting the campaign site and sign the letter and provide their name.

The full text of the letter is as follows:

“We, the undersigned, call for the immediate lifting Ramin Hosseinpanahi’s death sentence.  As you know, Ramin Hosseinpanahi, a political activist, is at imminent risk of execution. His case was sent from the Supreme Court Branch 39 to Sanandaj public prosecutor’s office Branch 4 for execution. The Sanandaj Central Prison officials have officially told this political prisoner that he will be executed soon.

Ramin Hosseinpanahi, a political activist, was arrested on June 23th, 2017, and after 200 days of solitary confinement and going through extreme physical and mental torture was transferred to the Sanandaj Central Prison. Ramin was sentenced to death on January 15th, 2018, in Sanandaj Revolutionary Court Branch One. The verdict was reaffirmed on April 11th, 2018, at Branch 39 of the Supreme Court in Qom. Now, any moment, there is a danger of this 24-year-old young man’s execution.

It should be noted that Ramin Hosseinpanahi ‘s death sentence was issued while he denied all the alleged charges. The lawyer of this political prisoner also considered the sentence unexpected and unjust.

Ramin Hosseinpanahi, a young freethinker who is at the risk of being executed for the sake of loving people.  Therefore, we political, civil and human rights activists from all human rights institutions and international organizations, including the European Union, UN special rapporteurs, Amnesty International and … want an effective and immediate intervention because the life of a young political person is in danger. As the number of activists sentenced to death is increasing day by day and the Islamic Republic’s judiciary and security system goal is to execute these activists one by one, the effective intervention and support of all free-spirit people and international group for Ramin Hosseinpanahi in this current sensitive time, is preventing another disaster tragedy.”