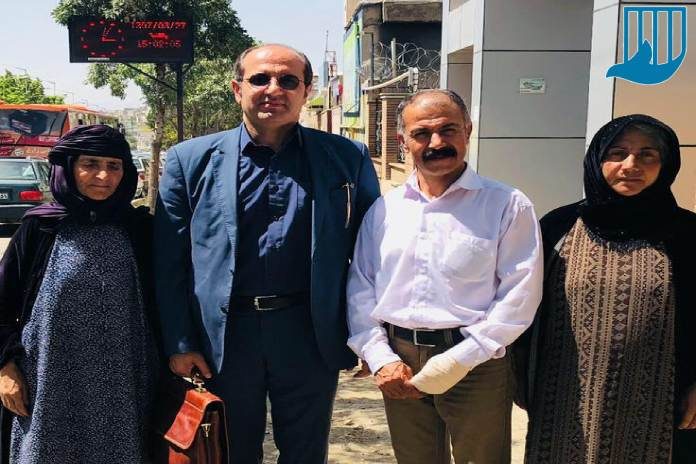 The permission to visit was issued only for this political prisoner, lawyer, his mother and sister, and the rest of the people, such as Anvar Hosseinpanahi, were denied the visitation.

During the meeting, which took place on the first working day after the end of Ramadan in Iran, Ramin Hosseinpanahi, a political prisoner who was told “will be executed after Ramadan,” was in high spirits, but suffered from severe kidney pain. Earlier, Sanandaj Central Prison officials had stated that “he will be executed soon and does not need treatment.”

An informed source has confirmed that ” Kurdistan’s security agencies told prison authorities that execution of Ramin Hosseinpanahi ‘s sentence should be carried out after Ramadan and in full silence. The letter mentions that there is no need to comply with execution law, and neither the lawyer nor the family should be informed, also, to prevent the news leak outside the prison. Only one hour before the execution, take Ramin from prison general ward to prevent the possibility of reporting and people gathering in front of the prison “

Ramin Hosseinpanahi, a political prisoner sentenced to death, once before on May 1st, 2018, was transferred to the Sanandaj Central Prison quarantine section for execution, but with a pressure from international institutions and civil activists, his death sentence was stopped and he was returned to the prison general ward. This time, he has faced a serious risk of execution.

The Kurdish Justice Department, in a statement issued on May 3rd, 1018, urged Ramin Hosseinpanahi to be executed as soon as possible on charges of rebellion, which prompted many reactions from human rights institutions and civil activists.

Rebellion charge has been denied repeatedly by Ramin Hosseinpanahi and his lawyer, Hossein Ahmadinez. His lawyer frequently remarked during the trial that Ramin Hosseinpanahi had never been armed, and his membership in the Komala Party and the promotion of it, according to Iranian law, cannot be resulted in the death penalty.

On Friday, May 18th, 2018, Hosseinpanahi’s family, called on all people and human rights organizations to double their humanitarian and universal efforts to repeal Ramin Hosseinpanahi’s death sentence.