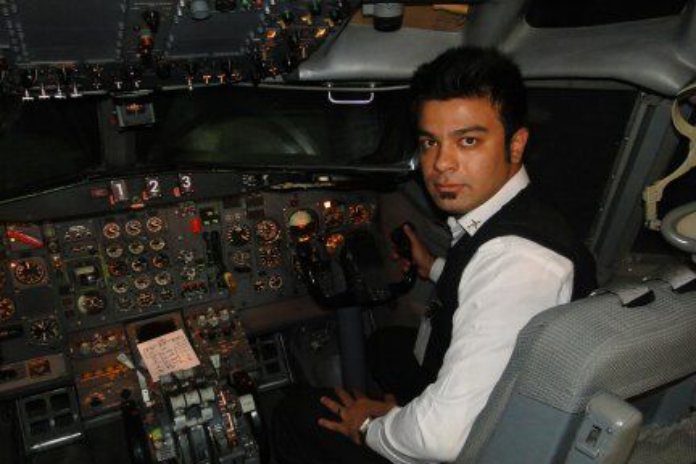 The flight Captain and the Co-pilot of Sepehran Airline, “Amin Amirsadeqhi “, who in “Hala Khorshid”(Now Sun) program talked about  widespread corruption and airlines lack of safety  was arrested on July 15th, 2018, by the 111th District of Tehran’s police officers.

In a live Instagram, he released a video from the moment he was arrested and said: “We were arrested and it is really shameful to arrest us for caring for the people safety.”

Amin Amirsadeqhi, who was previously threatened by Sepehran Airlines Public Relations, is a co-pilot who has criticized the performance of Iranian air companies on social networks. On the morning of July 10th, 2018, in a program run by Reza Rashidpur, he said, “I flew about 3 weeks without third brake with Boeing 737.”

The pilot explained: “If the 3rd brakes is not active; the aircraft system warns that no flight should be performed. But this piece of this aircraft is not available, and technical authorities, without repairing the brakes, write in the flight notebook that the aircraft’s brakes were repaired and took the warning off. The pilot also flies without knowledge of brake failure, and reports a brake failure again after the flight. “