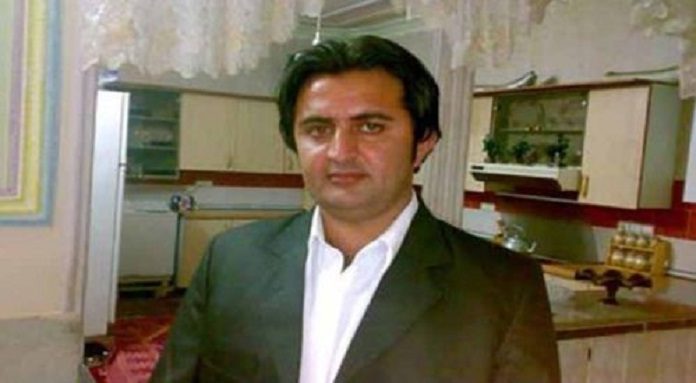 Balochi blogger Sakhi Rigi, who has been in jail since 2009, has been on hunger strike for over 21 days in protest of opposition to his release.

Sakhi Rigi, 44, father of five children, has been in prison for more than 9 years, he was first sentenced to 20 years and then 10 years in prison. In less than a year, Sakhi Rigi’s 10-year prison term ends, however, prison officials oppose his conditional release or his temporary leave.

The blogger was arrested in 2009 for writing something in his blog that allegedly supported the Rigi group and was initially sentenced to 20 years in prison on charges of combatant. Later, after the protest and according to the new Islamic Penal Code, his sentence was reduced to 10 years.

One of Rigi’s close acquaintance told Deutche Welle Farsi that Rigi had not left even one day in all nine years of his imprisonment. This is while he was exiled to Ahvaz from his home town and place of arrest and has been in Ahvaz prison for all these years. For this reason, his family could not visit him regularly. Sakhi Rigi was born in 1974, is married and has five children.

The informed source told Deutche Welle that Sakhi Rigi has an acute thyroid problem, and only once was transferred to the hospital and returned to jail right after the operation of the thyroid gland. Rigi’s family has not been able to visit him for seven months. Since last week, officials have not allowed him to call his family. His request for conditional release, temporary leave or vacation have been repeatedly ruled out. For this reason, Rigi has been on hunger strike since June 25th, 2018.

Mohammad Marzieh, Zahedan public prosecutor and revolutionary, said in a conversation with the Islamic Republic of Iran News Agency (IRNA) that “Sakhi Rigi, known as Saeid Baloch, was convicted of computer activities to advance the objectives of Abdul Malik’s terrorist group and to disturb public opinion. He was sentenced to deportation and imprisonment. “

Yaqhub Mehrnehad, a journalist and civil activist in Sistan and Baluchestan province, was executed in July 2008 on charges of “collaborating with the Jundollah group through writing.”