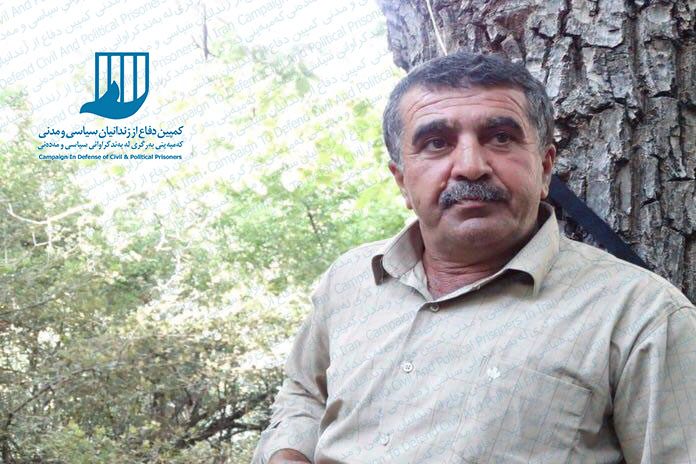 ۵۷-year-old Iqbal Moradi, father of a Kurdish political prisoner on death row, Zanyar Moradi, was involved in activities for the fight against capital punishment, human rights work, and supporting political prisoners. It is worth mentioning that in 2008, Iqbal Moradi faced a terrorist attack near Panjwin, and survived after being wounded and transferred to hospital.

The prominent political activist, since 1978 has worked with the Kurdish parties and spent about 6 years of his life in prison in Sanandaj and Marivan. In recent years, he played an important role in conveying political prisoners’ news to the human rights press through cooperation with the media. So far, some political figures and human rights and press organizations have condemned Iqbal Moradi assassination.

Iqbal Moradi, is also a member of the Campaign for Defense of Political and Civil Prisoners, Human Rights Center of Kurdistan and member of the population of Kurdistan Human Rights. Since 2008, Iqbal has played a crucial role with organizing the Campaign for Defending of Political and Civil Prisoners, as well as setting up different campaigns for protection of Human Rights and opposition of the death penalty and sending the prisoners and political refugees news to the media.

Campaign for Defense of Political and Civil Prisoners, offers condenses to the family of this well-known political and civil activist’s family, community, political activists and human rights defenders in Kurdistan and Iran. Campaign also strongly condemns the assassination of its member. Campaign asks the International Watch Agencies and Human Rights Organizations for immediate action, follow-up and publication of facts relating to the assassination of this human rights activist by the Iranian government. Campaign calls on international community to support and intervene directly to stop the assassination of the opposition and end this inhumane situation.