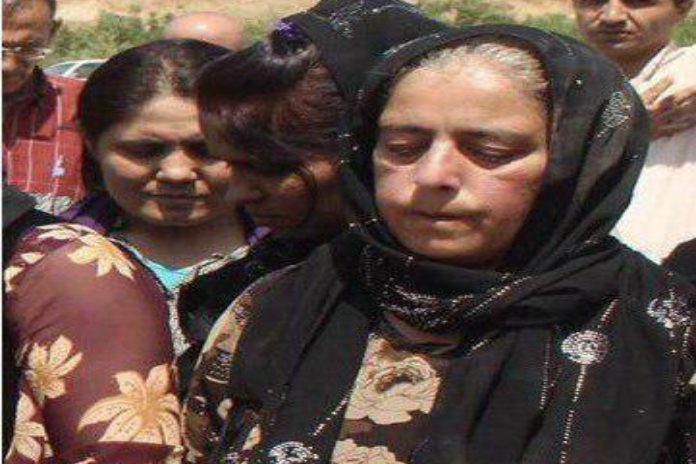 I commend my dear husband’s martyrdom, congratulation, I congratulate him on his martyrdom. I offer my condolences to my fellow comrades and friends. Thank you for your support and sympathy. I hope to continue his cause and sincerely hope that his struggle and fight become successful.

Iqbal Moradi, prominent political activists and human rights defenders and activists against the death penalty, residence of Panjwin in Iraqi Kurdistan “was targeted in a terrorist attack and died.”

Iqbal Moradi, 57-year-old, father of Zanyar Moradi, a Kurdish political prisoner on death row, was a prominent political and Human Rights activist fighting against capital punishment and supporting political prisoners and their family.

It is worth mentioning that in 2008, Iqbal Moradi faced a terrorist attack near Panjwin, and did survived after being wounded and transferred to hospital.