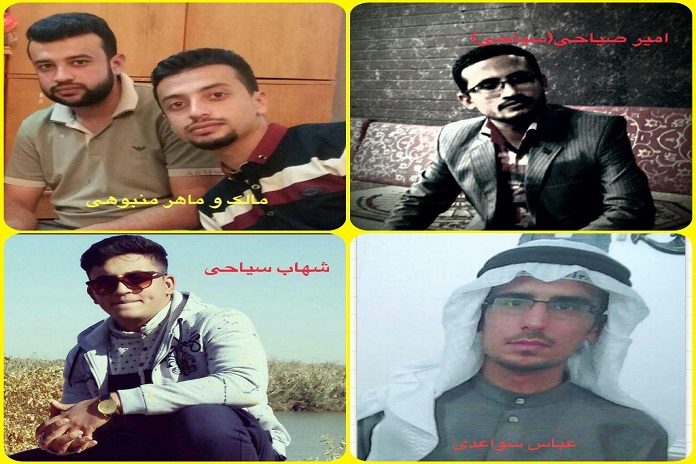 According to the Campaign for the Defense of Political and Civil Prisoners, six Arab activists from the city of Hamidieh in Khuzestan province, were arrested by security guards on Thursday, August 2nd, 2018, and today August 3rd, 2018, were transferred to Ahvaz central prison (Shiiban).

For each person a 200 million Tomans bail has been issued.

There is no information on the reasons for the arrest and the charge, but some human rights sources close to the Ahvazi Arab activists have been indicted that the reason is to prevent the spread of the demonstrations.

Earlier, Ali Manbouhi, the father of Malik and Maher Manbouhi, was sentenced to 18 years in prison on charges of acting against the security of the country, who is currently serving his sentence in Shiban Prison.

Some of the detainees had been detained for civilian activities as well as attending previous protests.

It should be noted that in recent months, intelligence and security forces in Khuzestan province have intensified their pressure on Arab activists, and arrested more than a dozen Arab activists in Ahvaz and several other cities.

Khuzestan province has the most important oil and gas resources in the country, the Arab region, but many of its inhabitants live in poverty.