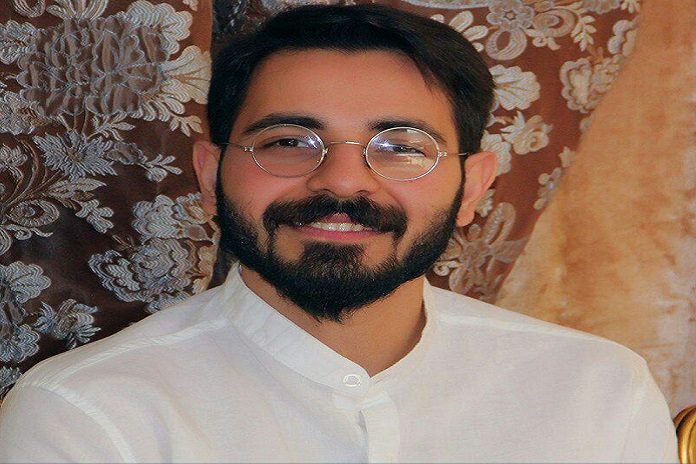 Sina Entesari, Gonabadi Dervish and one of the Majzoban Nour website administrators, who was arrested by security forces in the morning of February 20th, 2018 and called Golestan Haftman during the incident, was sentenced to seven years in prison, 74 lashes, two years of exile to Mirhaveh, two years of social exclusion, and a ban on leaving the country.

According to the Majzoban Nour’s Telegram channel who is close to Gonabadi Dervishes, Sina Entesari, one of the directors of the Majzoban Nour website, who was detained in Tehran’s Grand Prison, was sentenced to a 7 years prison sentence, 74 lashes, two years exile to Mirhaveh, two years of social exclusion, and a ban on leaving the country by Tehran’s Revolutionary Court Branch 15 headed by Judge Salavati, without his presence.

The gathering and collusion for acting against national security, disrupting the discipline, and rebelling against the police are the charges which Judge Salavati used to sentenced Sinai Entesari to 7 years of imprisonment.

In Sinai Entesari’s statement, he said: “He has played the most important role in creating unlawful gatherings and unrest in the Golestan Haftom Street event and has been the main element and director of illegal site Majzoban Nour.”

Sina Entesari, a metallurgical engineering master graduate from Tarbiat Modarres University, a Darvish Gonabadis’ rights activists, and the Majzoban Nour correspondent, was arrested in the morning of February 201th, 2018, along with hundreds of Gonabadi dervishes, as a result of an onslaught of security forces, and was transferred to the Tehran Great Prison.

Regarding the 330 sentences for the Dervishes prisoner that was issued by the branches of the Islamic Revolutionary Tribunal, Tehran prosecutor Jafari Dolatabadi stated that “About 25 defendants deliberately did not attend and tried to prevent the trial, and the court decided to adjudicate on the defendants in accordance with the rules of criminal procedure, and the order was issued in person.”

The security forces clash with the Dervishes started in front of Nurali Tabarent’s house, the Dervishes’ leader, on February 2018. After that, the sit-in protest and gathering of Gonabadi dervishes in front of police station 102 in Pasdaran Street protesting the arrest of one of Darvishes, Nematullah Riahi, became violent with the intervention of security forces. During these clashes, hundreds of protesters were arrested and beaten.