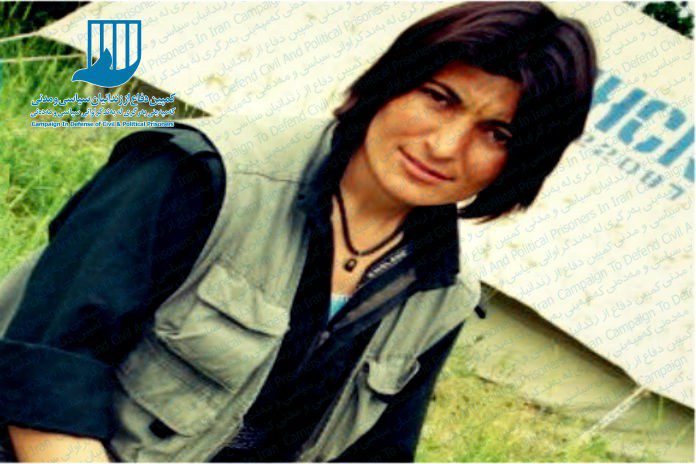 The websites affiliated with security agencies have interviewed lawyer Mustafa Moloodi, Zaynab Jalalian’s lawyer, to deny her three-day hunger strike. In a message to her lawyer Mohammad Sharif, the Kurdish political prisoner Zaynab Jalalian said that she has no other lawyer except Mohammad Sharif and Amirsalar Davoudi, and this person has been lied about himself being a lawyer for this political prisoner detained in Khoy Prison.

On July 30th, 2018, Zaynab Jalalian, a political prisoner in Kurdistan, along with her nine female cellmates, started a hunger strike to protest the denial of their weekly visits and the prevention of using primary prison facilities.

A source close to Ms. Jalalian told the Iran Human Rights Campaign: “The 36-year-old Kurdish prisoner and several of her cellmates, began a hunger strike for three days in protest against the prison’s food and health facilities, and security websites in effort to prevent media coverage of the hunger strike, in an interview with an unidentified lawyer, denied her hunger strike. “

The Betavan website, which mainly reports and raises accusations against Kurdish opposition parties and groups, denied Zainab Jalalian’s hunger strike in an interview with a lawyer named Mustafa Moloodi. The website wrote: “Mostafa Moloodi had denied his client’s hunger strike and called the rumors anti-revolution and a trick to destroy the position of the Islamic Republic of Iran in human rights societies.”

A source close to Zaynab Jalalian told the campaign that Zaynab Jalalian does not have a lawyer named Mostafa Moloodi, and it is unlikely that there would be a lawyer with the name: “We are sure that such a person has never been Zaynab’s lawyer, but it does not seem that there is a lawyer with this name.  I asked Zaynab’s attorneys and they did not know him at all. Apparently the name was forged and they did not want the hunger strike broad coverage. Zainab finally officially called her lawyers and denied such a lawyer. “

A source close to the Jalalian family told the Campaign that one of the targets of the security websites is to hurt the prisoner and her relatives: “This website publishes lies against Zaynab, is a charge against Kurdish political parties and prisoners, and does not care about anything.”

Zaynab Jalalian, a Kurdish political prisoner, was born in 1382 in the village of Deim Gheshlagh Maku, from the West Azarbaijan province. In 2008, at the age of 25, she was arrested by the Kermanshah’s intelligence services and was transferred to Sanandaj Prison. She was finally sentenced to death on December 2008, on charges of “Moharebeh through her membership in the PJAK party” in a short closed-door trial, in secret and without her lawyer present.

Zainab Jalalian was subjected to severe mental and physical torture during her arrest in the detention center for a month.

Zeinab Jalalian, both during the arrest and afterwards, suffered from vision loss due to severe physical torture and since then suffers from visual impairment.