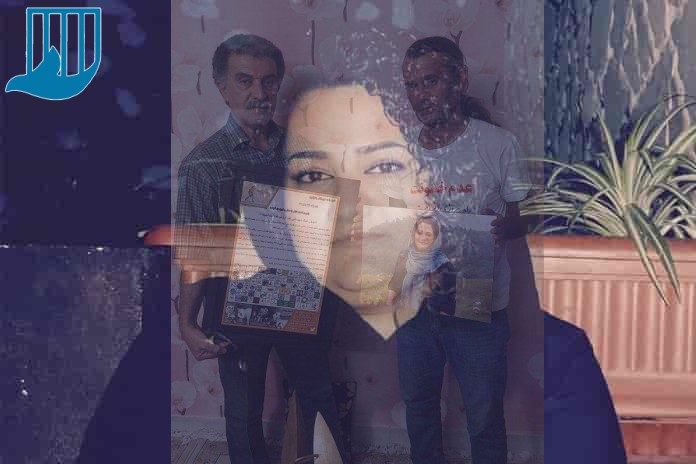 Atena Daemi, a human rights activist and a political prisoner at Evin Prison, conveyed condolences on Sharif Bajaur death in a personal note.

During the fire in parts of the Marivan forests on August 25th, 2018, Marivan environmental activists, Sharif Bajaur, along with three others died while trying to put out the forest fire.

In a personal note, Atena Daemi, a human rights activist and a political prisoner at Evin Prison, conveyed condolences on Sharif Bajaur’s and other members of Green Society of Chia (Anjoman Sabz Chia) death:

The year before, I heard that Sharif Bajaur, a man of honor, traveled from Marivan to Tehran on a bike, and then went to our home and visited my parents. With his glinting affection he presented a sculpture to me that he himself received for his environmental protection activities, the sculpture that no one except you deserve it. Regretting that I did not even find the opportunity to see him in order to appreciate his love and selflessness. I realized with great regret that this noble man, Sharif Bajaur, burned in a fire. I am sad with all my heart, but happy to die tall!

Kak Sharif, I’m sorry that I cannot be like you and be a drop of comfort to your parents and relatives.  I, same as you involved in an unequal struggle, but that did not last and this will not last either.

Athena (Fatima) Daemi, 29-year-old, was arrested on July 31st, 2014, and spent 86 days in Section Two solitary confinement. On January 18th, 2015, she was transferred to the Evin prison women’s ward, after the interrogation was completed.

This detainee after the trial was postponed several times, on March 14th, 2015, in a trial under the direction of Judge Moghiseh, the Branch 28 of the Tehran Revolutionary Court judge, in the presence of her lawyer and other defendants in the case was tried. She was sentenced to 14 years imprisonment for her peaceful civil activities, on charges of “propaganda against the regime, the community and collusion against national security, insulting the leadership, insulting the founder of the Islamic Republic and hiding the cause of crime”. This ruling was appealed to the court and reduced to 5 years imprisonment by applying Article 134.