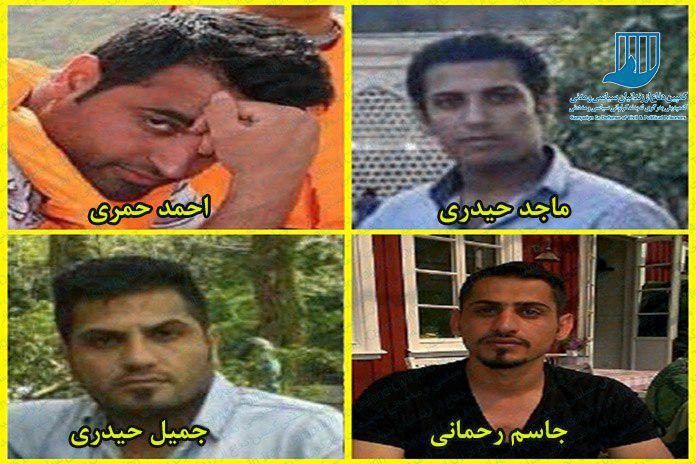 During the past few days, a number of residents in Ahvaz were arrested by the Revolutionary Guards Intelligence and City Intelligence agencies and transferred to an unknown location.

According to the Campaign for the Defense of Political and Civil Prisoners, during the past few days, after an armed attack on the armed forces parade in the city, mass arrests among Arab cultural and political activists, residents of North Campolou in the Lashkar-e-Shahr area, KoyI Alawi and the small town of Dar Ahwvaz have happened by the Abolfazl al-Abbas’s headquarters’ forces that are under the command of the Revolutionary Guards Intelligence Agency and the Ahvaz intelligence office.

It has been reported that “Revolutionary Guards Intelligence forces (Abolfazl al-Abbas’s headquarter) and the intelligence agency without a court order are entering some of the Arab cultural and political activists in Ahvaz and after searching their home and personal belongings and creating fears among the family members, they seized their personal items and arrest and transferred the them to an unknown location.

The identity of five of the detainees, Jamil Heydari, Majid Heydari, Ahmed Hamri, Jassem Rahmani and Majid Chaldari, has been identified.

Some human rights web sites have reported on “The arrest of about 300 people after the events of Ahvaz. The arrests mostly took place in Ahvaz, Khorramshahr, Susangerd, and Abadan”.

According to a statement by the Iran Revolutionary Guard and Sayed Mahmoud Alavi, Minister of Intelligence, on Monday, “22 of the supporters of the incident have been arrested and their foreign supporters have been identified.”

The Justice Organization for Iran, based in London, on September 24th, 2018, in a letter to the UN Special Rapporteur on “Mainstreaming Human Rights and Fundamental Freedoms in Combating Terrorism,” called for his intervention on the issue of the recent assassination attack in Ahvaz and its consequences. On September 22nd, 2018, during the Armed forces of the Islamic Republic of Iran in Ahvaz parade, several shots were fired that caused violent clashes between armed forces and people and as a result 24 people including a child were killed and tens of people got injured. The Iranian authorities announced that the shots were fired by 4 people and four of them were killed