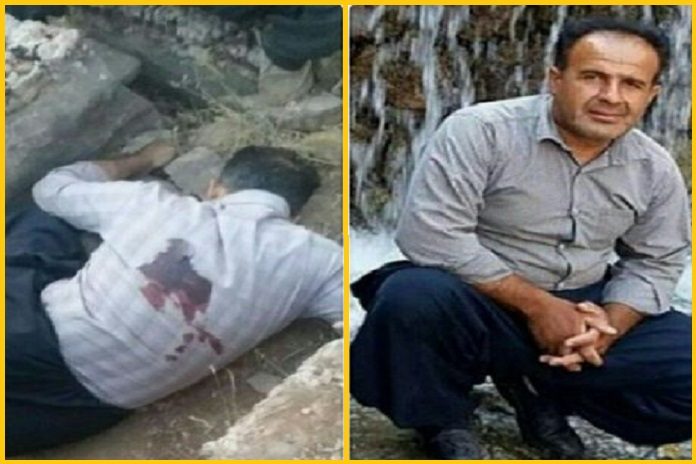 With a direct fire by the border troops, a Kurd porter from the Noosud area of the Paveh’s area, was killed.

According to the Campaign for the Defense of Political and Civil Prisoners, Azim Ahmadi died in the Noosud area of Paveh’s area in Kermanshah province by a direct shot by the border troops on Wednesday, October 3rd, 2018.

According to local sources, due to the direct firing of the border troops on a group of porters at the Noosud border, the Azim Ahmadi from the village of Tashar has lost his life.

Border troops have reportedly targeted the 42-year-old porter, without any warning.

Porters are people who, due to lack of employment and extensive economic problems in the border regions, are forced to transport goods from Iran to Iraq and vice versa using informal customs entry with a very low wage. Goods that are transported from Iran to the other side of the border by porters include fuel types such as gasoline, dried fruits and some domestic products, but what porters transfer to Iran are more “home appliances”, including televisions, refrigerators, and some other foreign goods.

According to some human rights media, “Over the past six months, at least 104 Kurds porters have been killed in the Kurdistan border.”

Full and accurate information on the Porters have not released by the responsible authorities, but according to Rasul Khezri, the representative of Sardasht in the Islamic Consultative Assembly, “In the Sardasht and Piranshahr region, 8-10 thousand people work as porters for their livelihoods.” Three provinces, Kurdistan, Kermanshah and West Azerbaijan in the border line of Iran with Iraq and Turkey are the main area of Porters’ activities.