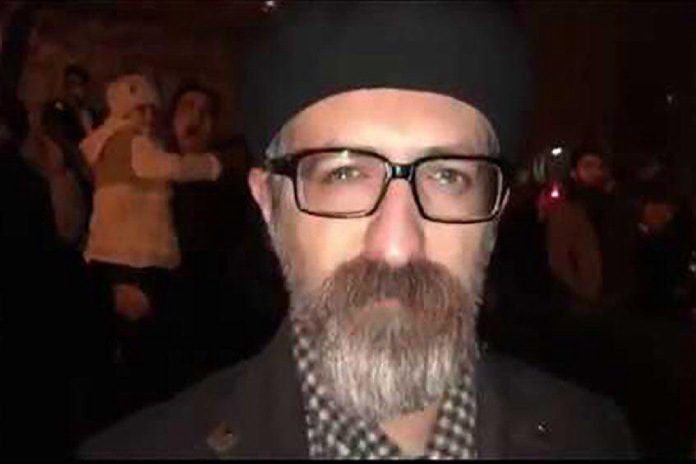 Mostafa Daneshjoo temporary detention has been extended, despite his severe heart and lung disease. He was arrested by the security forces on Sunday, July 8th, 2018, and was transferred to Evin Prison section 209 of the Ministry of Intelligence.

According to the Campaign for the Defense of Political and Civil Prisoners, temporary detention of Mustafa Daneshjoo, a lawyer, activist for Gonabadi Darvishes’ rights, and the directors of the Majzoban Nour site was renewed by Judge Moghiseh, head of Branch 28 of Tehran’s Revolutionary Court. He was arrested by the ordered of Hadipur interrogator from the Third Branch of the Security Service (Shahid Moghadas) on July 8th, 2018, and was transferred to Evin Prison ward 209, despite the severe cardiovascular disease,

Ali Sharifzadeh, Mustafa Daneshjoo’s lawyer, on Tuesday, October 2nd, 2018, in his personal Instagram wrote: “At Branch 28 of Tehran’s Revolutionary Court, headed by Judge Moghiseh, I officially accepted Mustafa Daneshjoo’s case and to be his lawyer. Despite Mustafa Daneshjoo’s severe heart and pulmonary disease, the request to reduce his detention time, or change it to bail was not accepted by the judge of Moghiseh and his temporary detention was extended. “

After 45 days of interim detention and after receiving last defense in the Security Court, Mr. Daneshjoo was transferred to Evin Prison quarantine on Tuesday, August 21th, 2018.

The 45-day arrest of this Gonabadi dervish in a solitary confinement without ventilation has increased the severity of his illness that is associated with severe asthma.

On the morning of July 8th, 2018, seven armed men stormed Mustafa Daneshjr’s maternity home on the orders of the Hadipur investigator from the Third Branch of the Security Court (Shahid Moghadas) and broke into the house and arrested him in front of his family members while threatening him with weapons and transferred him to Evin prison section 209.

Due to the nigh attack by the agents to arrest this activist, his elderly mother, his wife and daughter were sent to emergency hospital due to the shock caused by the security forces’ action.

In May 2011, Mostafa Daneshjoo was sentenced to seven years in prison in Sari, where he was transferred to Evin Prison for the trial on new allegation and was sentenced to another three years and six months imprisonment.

This lawyer and activist for the Gonabadi Dervishes’ rights, who had been jailed for more than 4 years in Evin and Sari prisons, was released from Evin Prison, at the end of his sentenced, on May 18th, 2014

It needs to be explained that the Entire University Protection Agency of Azad University in May last year expelled Mustafa Daneshjoo from continued education, in the field of criminal law and criminology, as well as revoked his law license.