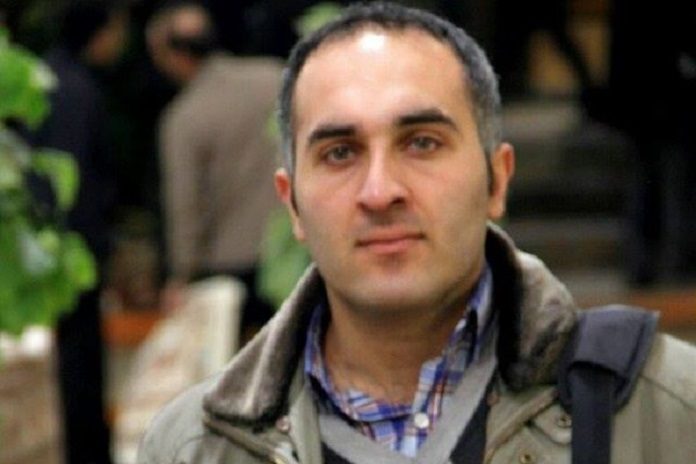 The three-year prison sentence for Hossein Ali Mohammadi Elvar, a Turk activist (Azerbaijani), was approved by the Third Branch of the Appeals Court of the East Azerbaijan province.

According to the Campaign for the Defense of Political and Civil Prisoners, the three-year imprisonment of Hussein Ali Mohammadi Elvar on charges of “using propaganda against the regime,” and “insulting the founder of the Islamic Republic”, that was issued by Branch 2 of the Revolutionary Court of Tabriz on Sunday, May 20th, 2018, was confirmed by the third branch of the appeals court of the East Azarbaijan Province headed by Judge Behlul Alizadeh On September 30th, 2018.

Hossein Ali Mohammadi was sentenced to 2 years imprisonment by the branch 2 of the Revolutionary Court of Tabriz, charged with “insulting the leader” and 1 year imprisonment for “using propaganda against the regime”.

Hossein Ali Mohammadi previously was arrested on November 4th, 2013, along with Taha Kermani, another civil activist in Tabriz, and sentenced to 3 years in prison by the third branch of the Revolutionary Tribunal of Tabriz under the chairmanship of Ghazi Pour on charges of “using propaganda against the regime” and “insulting the leadership”. The verdict was confirmed in the appeal court.

It should be noted that this civil activist was released at the end of the incarceration sentence from the Tabriz Central Prison on Sunday, August 6th, 2017.