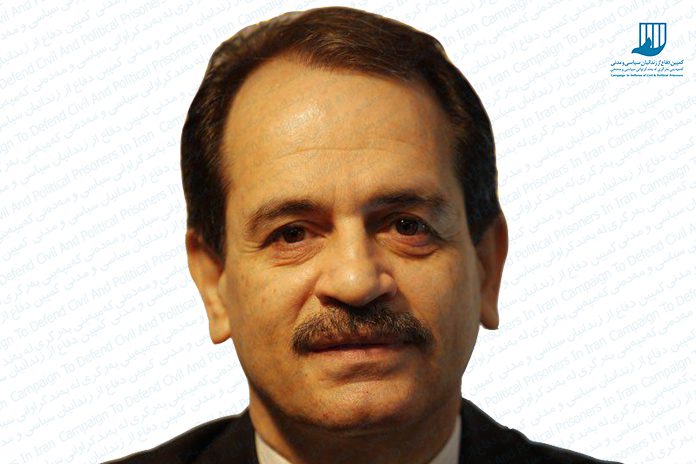 “The case of Mohammad Ali Taheri, a prisoner of conscience in Evin Prison, considering the length of his detention and adherence to the rule of multiplicity of crimes, has unfortunately been disrupted again even though there are grounds for his release in the law. This time, the disruption is in the case for the issuance of a unity ruling, where the faulty and illegal cycle was again referred to Branch 15 of the Revolutionary Court, chaired by Judge Salevati, while it was meant to be sent to Branch 36 of the Appeals Court.”

These are parts of Saeed’s words, one of Mohammad Ali Taheri’s supporters in Tehran, to the campaign reporter.:

“In light of the unlawful process of the past eight years, it seems that there is another instance in wasting the time for prosecution and criminal and illegal actions for Mohammad Ali Taheri!”

On the other hand, according to reports, some of the “protestors” of this prisoner of conscience threatened to “kill him if he IS released.”

Farzaneh Solhi, an alias name, told the Campaign: “A person named Allahyari, an opponent in a telegram group, threatened that if Taheri is released he will not allow him to live comfortably.”

“Mr. Allahyari said that this is a serious threat, and Taheri, who is called infidel, said that many are waiting for his freedom to assassinate him as a revolutionary act.” said Ms. Solhi.

She continued: “This person, one of Mohammad Ali Taheri’s arrogant opponents affiliated with the IRGC’s intelligence elements, said that “those who work in the mysticism of the ring will be awaiting severe punishment and will pay a heavy price. “”

“Mr. Reza Allahyari is a member of an association called Rescue from the Circle (Nejat Az Halghe), who are opposed to the intellectual activists in the country and are under the supervision of the Institute of Spiritual Health and the IRGC’s information, and also the Sarallah base,” he said.

Ms. Solhi continued: “One time, the ‘Rescue from the Circle’ Institute tried to introduce Mr. Allahyari as a member of the ‘Halgheh Erfan’, to write on behalf of Mohammad Ali Taheri and even participated in making a documentary on Mr. Taheri. This documentary was made by the Department of Religious and Religious Affairs and the Sarallah group and was published in the government news network. “

Afsaneh, one of the Mohammad Ali Taheri supporters, told the Campaign: “When this public threat is released in cyberspace, we need to be aware that these people have strong internal support that they are so clearly threatening to assassinate. We even have documentation that has revealed to us that there is some work within the country that are seriously working on making case against Mohammad Ali Taheri’s supporters. “

Ms. Afsaneh continued, “We have collected and documented these writings and discussions against Mohammad Ali Taheri and his students, because these threats and intimidations,’ confusing the public opinion’ and the ‘threat terror’” are crime, but for now we cannot publish these documents. When the times come, we will give them to the court and international groups. “

Fariborz Karimizand, the former first lieutenant of the security police in Tehran province, is one of the other people who reported the sabotage on proceedings of Mohammad Ali Taheri’s case.”

He was prosecuted during the suppression of the people in the protests of January 2016, due to rejection of the order to attack the protesters, and fled to Turkey, then headed for Europe. He said to Iran Wire: “In Tehran, Sarallah is the main source of power, the organization that is insisting on Mohammad-Ali Taheri execution. The other forces are subordinated to Sarallah. “

Mohammad Zaman Daryabari, one of Mohammad Ali Taheri’s attorney, on Wednesday, October 17th, 2018, wrote on his personal Twitter site: “One week passed from the referral of the case for the application of Article 510 of the Code of Civil Procedure to Branch 15 of the Revolutionary Court. Despite the frequent lawyer follow-up, there was no response. “

Earlier, Mohammad Ali Taheri had filed a complaint with the chairman of the 90th Islamic Consultative Commission on his obscure situation, which is being pursued by his lawyers.

Mohammad Ali Taheri is 60 years old and was born in Kermanshah. In 2002, he founded an institution called “Erfan Halgheh”, with focus on Faradarmani and complementary medicine in Tehran.

In 2011, he was arrested for the first time by the intelligence ministry on the charge of acting against national security, and after was interrogated for 67 days in Evin Prison.