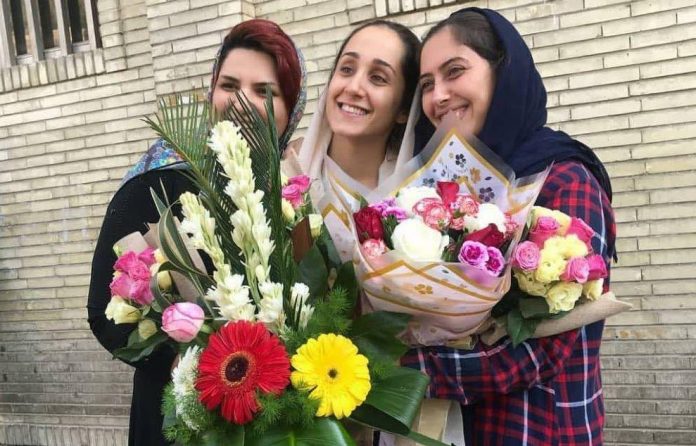 Three Baha’i citizens who had been detained in Shiraz and where earlier this month were arrested by security forces, were temporarily released from the Adelabad prison in Shiraz by each providing 150 million Tomans in bail.

Shahrvandyar said on its telegram page: “The three Baha’i citizens, named Noora Moradian, Soudabeh Haghighat and Elaheh Samezadeh, were released from the Adelabad prison each on a 150 million Tomans bails.”

According to a well-informed source: “six Baha’i citizens who were arrested at the same time during the last few weeks, despite the issuance of a bail, have not been released. Bahareh Ghaderi, one of the detainees from Shiraz continued to be detained, and the release order based on bail has not been executed. “

Iranian Foreign Minister Mohammad Jawad Zarif, has claimed that anyone in Baha’is religion or for a lack of faith in God is not imprisoned, but currently, many Baha’is, and new Christian followers, and those who, for personal beliefs, wrote something contrary to Islamic beliefs in the social space are detained and sentenced to heavy sentences. In addition, many Baha’is simply lost their jobs due to their religion, their property was confiscated or even killed. Mr. Zarif’s claims are against what has been done for the last forty years.

Baha’i activists believe that Baha’i citizens in Iran are deprived of freedoms related to religious beliefs, and many Baha’i citizens are arrested and imprisoned simply by believing in Baha’i faith.