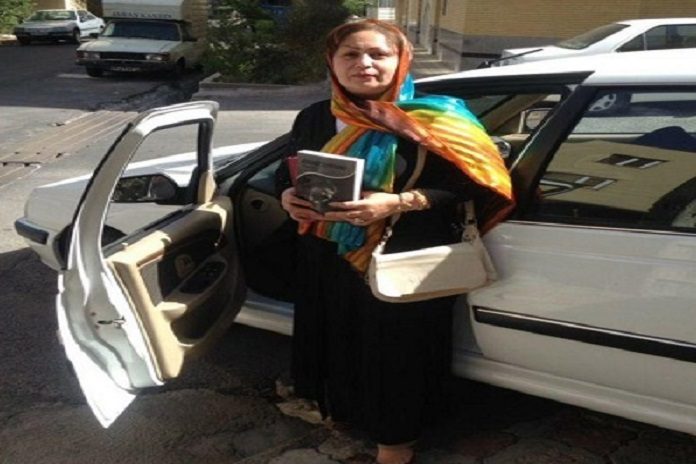 Nasim Sadeghi, an activist from Azerbaijan who was arrested by the Revolutionary Guards’ Intelligence Agents on October 21st, 2018 and was detained in the Sepah’s Detention Center on Pakery Street in Tabriz, reported on her transferred to Tabriz Prison yesterday, October 29th, 2018.

According to the Campaign for the Defense of Political and Civil Prisoners, Nasim Sadeghi, an activist from Azerbaijan, contacted her family on October 29th, 2018 and has announced his transfer to Tabriz Prison.

According to a source, “On October 25th, 2018, after Ms. Sadeghi transfer to the Tabriz Shahid Beheshti Court, 100 million Tomans bail was issued to this civil activist. Because of the security system’s foray and judiciary system objection, she was prevented from being released and was transferred to the Tabriz prison.”

Nasim Sadeghi, was arrested by the Revolutionary Guards’ Intelligence Agents at her house and transferred to the IRGC detention center in Tabriz, on October 21st, 2018.

According to the family of this civil activist, security guards entered her house without a court order and started searching the house.

It has been reported that during Ms. Sadeghi’s arrest and after completing the house search, the security agents seized some of her personal belongings, including mobile phones, computers, and books.

This civil activist was arrested earlier, on July 28th, 2016, in a peaceful demonstration that was protesting against the controversial article published in the Tarhe Nou newspaper (No. 868, Wednesday, July 20th, 2016), along with a number of other protesters, and after five days arrest in the detention center of the Tabriz Information Office, was temporarily released on one hundred million Tomans bail.

At that time, Nasim Sadeghi was charged with “acting against national security through propaganda against the regime” by the Branch 7 of the Revolutionary Court.