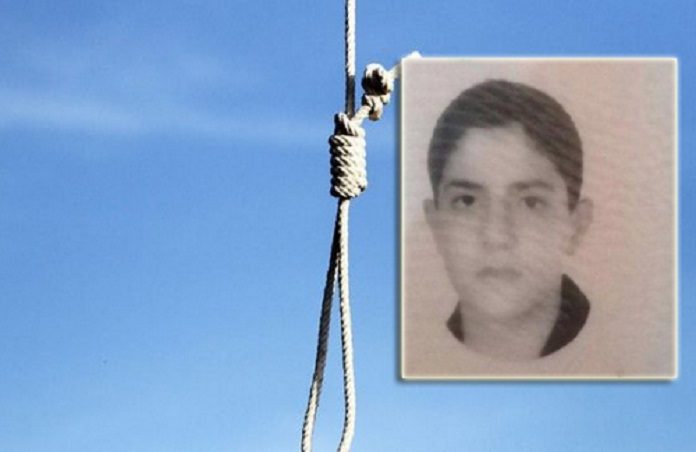 Shayan Saeedpour, a resident from the city of Saghez who was in Sanandaj prison, was sentenced to death by the criminal court.

The sentence was issued by the Kurdistan Judiciary Court, Branch 1, headed by judge Vafayian, on Tuesday, October 23rd, 2018.

According to some human rights web sites, when Shayan Saeedpour killed another Saghez resident named Suleiman Azadi when he was less than 18 years old on August 16th, 2018. He has been imprisoned since then.

Shayan Saeedpour’s lawyer filed an appeal for his client and awaits a re-examination of the case.

Iran, along with Pakistan, Saudi Arabia, and Yemen, are one of the few countries that have executed the children offenders, even though they joined the Convention on the Rights of the Child, which prohibits the execution of offended children.

Iran officially accepted the convention in 1993, provided that its provisions, in any case and at any time in conflict with domestic laws and Islamic standards, are not “necessary” to be followed by the government of this country.

Iran, along with China and Saudi Arabia, have the highest execution rates in the world.