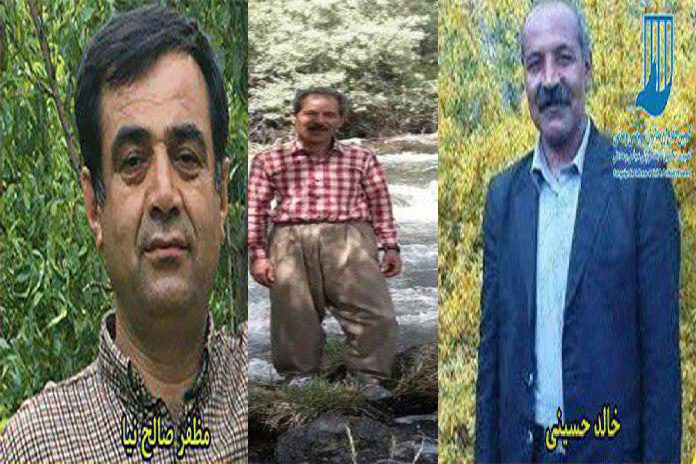 Ghalib and Khalid Hosseini, members of the Coordinating Committee to help create labor organizations, and Muzaffar Salehnia, a member of the Free Trade Union of Workers of Iran, were summoned to Sanandaj police intelligence by telephone.

Mozaffar Salehnia, a member of the Free Trade Union of Iran Workers and Khalid Hosseini member of the Coordination Committee, were summoned to the Sanandaj Police Information Office by telephone on Wednesday November 14th, 2018.

It is told that these activists are charged with attending the gatherings that have been identified as criminal and illegal by the security forces and the judiciary.

These three activists have been summoned by the security and judicial forces many times and have been sentenced to imprisonment.

On September 12th, 2018, Khalid Hosseini and Mozaffar Salehnia were arrested by the Sanandaj Public Prosecutor in Sanandaj on charges of promoting a general strike in Sanandaj City and transferred to the Sanandaj Central Prison after being charged.

Khalid Hosseini and Mozaffar Salehnia were released from the Sanandaj Central Prison until the trail, each on 30 Million Toman bail on Thursday, September 13th, 2018.

Also, on April 28th, 2018, Khalid Hosseini, Sharif Saedpnah, Habibullah Karimi, Ghaleb Hosseini and Mozaffar Salehnia were summoned to the first branch of the Revolutionary Court of Sanandaj in a separate letter.

Majid Hosseini was arrested earlier in 2013 by security forces and intelligence at his workplace, and was released from the Sanandaj Central Prison after being detained for 54 days in the Intelligence Department on 150 million Tomans bail.

On Monday, July 22nd, 2013, he was sentenced to 1 year imprisonment on charge of membership in the Coordinating Committee and 6 months imprisonment on charge of propaganda against the system. The appeal was acquitted for joining the Coordinating Committee and approved a six-month sentence for propaganda against the system.

The labor activist, after serving his 6-month conviction, was released from Sanandaj Central Prison on Monday, December 8th, 2014.