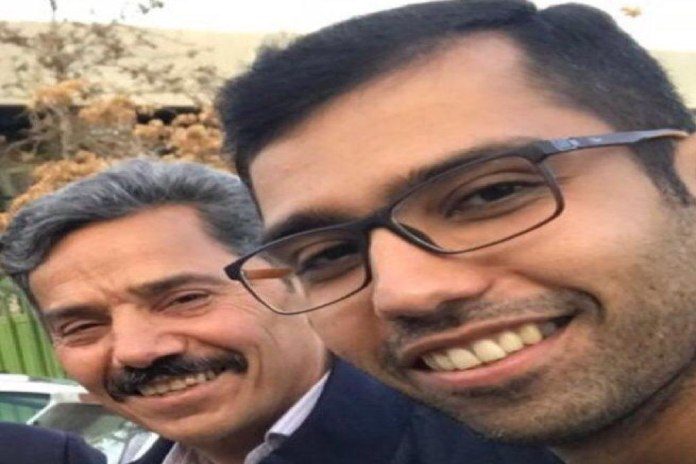 Abdolfattah Soltani, a lawyer, was released from prison after being held for 7 years.

According to the Campaign for the Defense of Political and Civil Prisoners, on Wednesday November 21st, 2018, the lawyer Abdolfattah Soltani was conditionally released from Evin Prison by an order from 54-appeal court and the application of article 58 of the Islamic Penal Code.

Abdolfattah Soltani served seven years of his sentence before being conditionally released. The last time he was granted temporary prison leave was for his daughter’s death on August 4th, 2018, after which he returned to Evin Prison to continue serving his prison term on October 28th, 2018.

Homa Soltani, daughter of the teacher Masoumeh Dehqan and the detained lawyer Abdolfattah Soltani, died of a heart attack at the age of 27, on August 3rd, 2018.

Abdolfattah Soltani, an Iranian human rights lawyer, was arrested on Saturday, September 10th, 2011. He was sentenced to 18 years of imprisonment and 20 years suspension from practicing law. He was charged for accepting the German Nuremberg Human Rights Award, interviewing with the media about his clients’ cases, and participating in the establishment of the Center for Human Rights Defenders. The ruling was reduced to 13 years by the appeals court and was later reduced to 10 years of imprisonment through the law of aggregation of crimes and Article 134. His suspension of his attorney license was also reduced to two years.

Abdolfattah Soltani suffers from heart disease, anemia, fluctuations in blood pressure, and acute neuropathic colitis. Many times, he had been transferred to a prison health clinic. His first temporary prison leave was on January 17th, 2016 and his last one was on December 25th, 2017. During his first seven years of imprisonment, he had the lowest number of temporary prison leave. During this time, he was only able to convince the judicial authorities to agree with his temporary prison leave 4 times, and his request for leave were repeatedly rejected for various reasons.