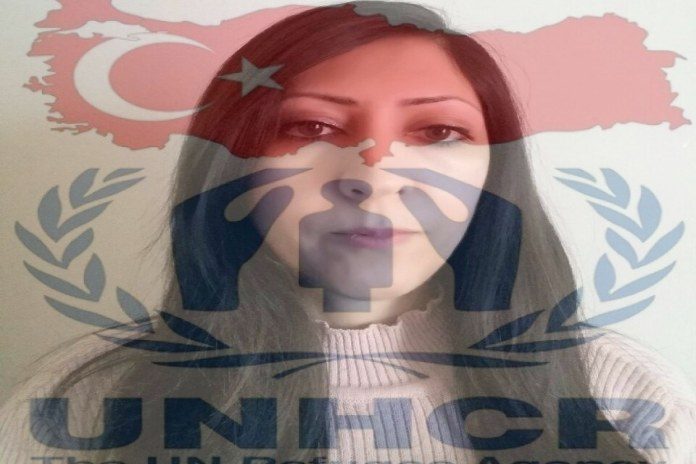 Three years after her arrival in Turkey, Marjan Hamidian is active in defense of human rights and now resides in one the cities of the country. She talks about the bad situation and the living conditions of the refugees and asylum seekers, she states, “because of the lack of medical treatment, some children are paralyzed and fetuses have died.”

Today, on Monday, December 10th, 2018, International Human Rights Day, in the Campaign for the Defense of Civil and Political Prisoners, we are with Marjan Hamidian to learn about some issues that refugees and asylum seekers are dealing with.

Marjan Hamidian says, “My intention of talking about these problems and posting this video is not to just let Persian speakers all over the world become aware of the problems of asylum, but also to get the international and human rights community informed and to do something about it.”

Most refugees and asylum-seekers living in Turkey believe that since the United Nations High Commissioner for Refugees (UNHCR) has transferred part of their duties to the Turkish Immigration Office, not only did their situation worsen, but the chance of deportation of refugees has increased as well. The Immigration Office has treated them worse.

Marjan Hamidian refers to the many problems that refugees and asylum seekers face in Turkey, and says, “there are many problems with refugees in Turkey. One of them is lack of work permits and if they do work, it is often very difficult jobs for minimum wage. Work such as labor, etc., are one of the heaviest jobs that refugees do to get by with living in Turkey.

Ms. Hamidian added: “Often, the wages that they earn are not paid in full or not paid at all, and refugees cannot sue for their wages which makes the situation harder for them. When they are unable to work and have wages, how can they provide for their families?!”

Regarding the lack of medical treatment and the necessary medical treatment for refugees, Marjan Hamidian says, “I have repeatedly heard the complaints and pain of refugees, some of the children are born blind, paralyzed in the hands or feet, or born stillborn. “

She continued, “Economic problems, lack of enough money to live, lack of security and peace are issues that are rising in Turkey for most refugees and have caused many refugees to suffer and cause severe emotional and mental injuries to families. Most of the families are suffering from mental illness and depression. “

“I have sent numerous letters to the international community. I wrote to the UN inspector at the Swiss Embassy. In the end, after a lot of follow-ups, they replied that they could not intervene in Turkish affairs.”

She calls on all refugees to “Raise your voices to the hearts of the world” and demand that “human rights activists hear the voice of Turkish refugees.”