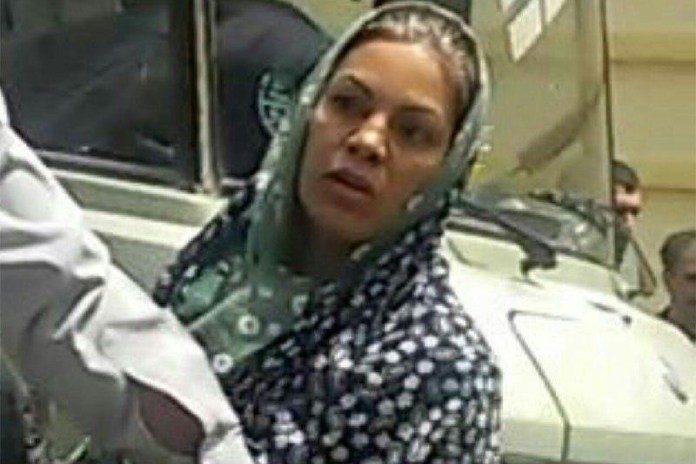 Elham Ahmadi, a Gonabadi Darvish who is detained in Gharchak Women Prison, was sued by Mohammadi, the head of the Gharchak Prison, and sentenced to 148 lashes by the Criminal Court.

Ms. Ahmadi was tried for two allegations, including “false propaganda charges” and “insulting agents during her duties” due to the release of an audio file that described the inappropriate condition of the Gharchak Prison and the lack of medical treatment for the sick prisoners.

Majzoban Nour reported that the Judge of Branch 1145 Boesat Court sentenced Ms. Ahmadi to 74 lashes (a total of 148 blows) for each of these two charges.

The verdict was issued while the International Covenant on Civil and Political Rights explicitly prohibited the use of inhuman or degrading punishment, including execution and whipping.

Elham Ahmadi is one of the hundreds of Gonabadi dervishes who was arrested last year during the Golestan Haftom event on February 19th, 2018. First, she was convicted by the Tehran Revolutionary Court to 5 years imprisonment, 2 years of deprivation of social activities, and 2 years of ban on leaving the country. Later on, the 5 years imprisonment sentence was reduced to 2 years by Branch 54 of the Appeals Court.

Earlier on June 13th, 2018, due to informing others about the prison’s substandard conditions,  Darvish women were reportedly beaten by the prison guard in the jail area of​​ Gharchak, which was formerly a poacher, and were transferred to the ward that holds the prisoners of murder, theft, and narcotics crimes.

Earlier, Shekofeh Yadolahi, Elham Ahmadi, and Sepideh Moradi, three Darvish female prisoners who were detained in Gharchak prison, called for the restoration of their personal belongings by prison authorities due to the high infection rates of the prison. After constant pursuit for their personal belongings, they were was beaten and installed in the Chancellor’s office in Gharchak.