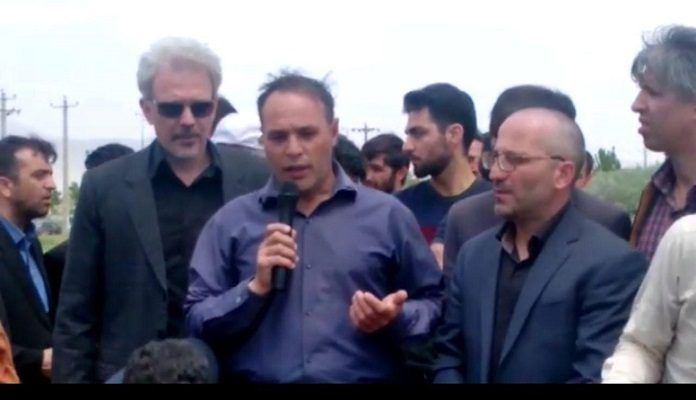 During the Aziz Pourvali’s burial ceremony, several Turkish activists were arrested by security forces at the Vadi Rahmat Tomb in Tabriz.

According to the Campaign for the Defense of Political and Civil Prisoners, today, Friday, May 24th, 2019, Habib Sassanian, Mehdi Dostadar, Iraj Shirzad, Ali Radmanesh and Mohammad Afsari Khatib were arrested at the Wadi Rahmat cemetery in Tabriz during the funeral ceremony for Aziz Pourvali, an Azerbaijani Turkish activist.

According to the eyewitnesses, the ceremony was held under strict security measures.

An informed source told the Campaign, “Habib Sassanian, a prominent Turkish activist, after a speech at the funeral ceremony, was arrested by security forces and transferred to an unknown location.”

It is reported that Habib Sassanian, in a telephone conversation with his family reported on his arrest by revolutionary Guard Intelligence forces.

Aziz Pourvali, activist of Turk (Azeri), resident of Tabriz, died in Imam Hospital, Tabriz, Iran, on the morning of Thursday, May 23rd, 2019.

In the past, Aziz Pourvali, a prominent Turk activist was arrested and sentenced to prison many times for his activities.