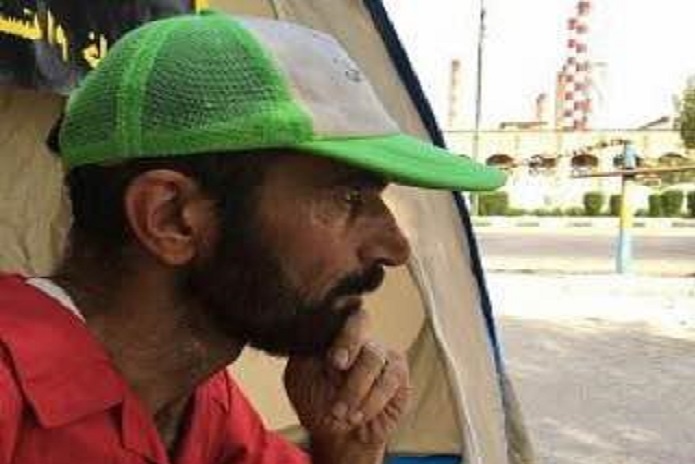 Masoud Kanaani, known as Khadem Al-Nakhil, was arrested yesterday by security forces in Ahvaz and moved to an unknown location.

According to the Campaign for the Defense of Political and Civil Prisoners, on Monday morning, June 10th, 2019, Massoud Kanaani, an environmental activist, was detained by security forces from his house in Ahvaz and transferred to an unknown location.

According to the report, security forces arrested him after entering and searching Mr. Kanaani’s house.

Security officials did not provide any explanations regarding the reason for detention of the citizen during the arrest, but it is said that Mr. Kanaani has been arrested for a complaint filed by Shamsai, the former Chief Executive Officer of Khuzestan Water and Power Organization.

Karim Dahimi, a London-based human rights activist, told the Campaign: “Masoud Kanaani is known for his environmental activities and that is the reason for his nickname Khadem Al-Nakhil.

Mr. Kanaani was previously arrested by the security forces for criticizing and environmental activities. “

Mr. Kanaani used to be employed by the public relations department of the National Iranian Drilling Company in Ahvaz, but was fired due to his activities on palm groves and participating in campaign to oppose Karoon river pipeline to transfer water to central Iran.