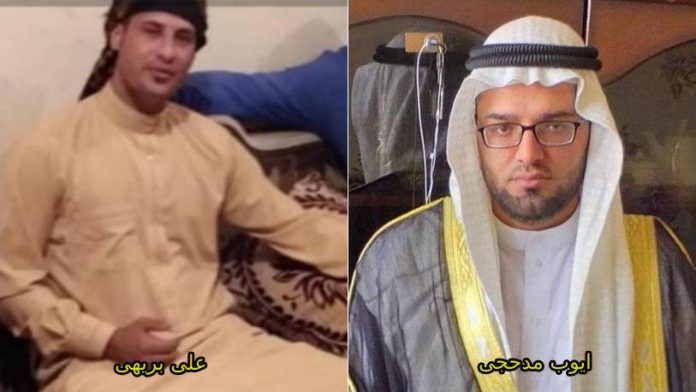 Ali Berihi and Ayoub Madhaji were arrested by Ahvaz intelligence officials yesterday and taken to an unknown location.

According to the Campaign for the Defense of Political and Civil Prisoners, Ali Berihi, a resident of Kave Fadak Zargan in Ahvaz and Ayoub Madhaji, a resident of Bavi city, were detained and transferred to an unknown location, on Monday July 30th, 2019

It was reported that security forces detained the citizens without a court order.

There is no exact information on the whereabouts of the detainees and the reasons for their detention, but the sources close to the detainees said Ali Berihi and Ayoub Madhaji were arrested because of “religious activities”, which the Intelligence Agency believes these activities are against the national security of the country.