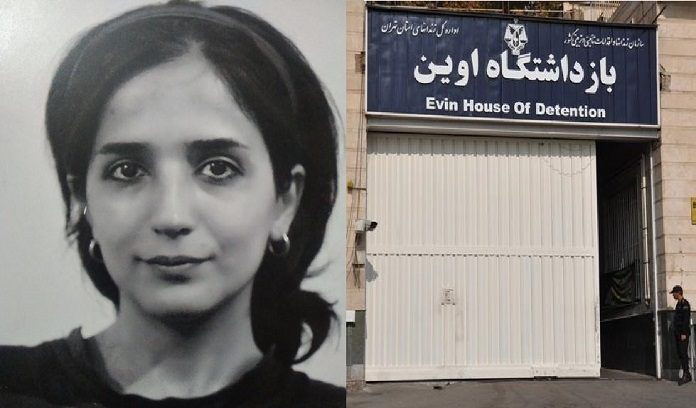 Amir Raesian, the lawyer of Leila Hosseinzadeh, a student who was sentenced to thirty months in prison on charges of “assembly and collusion” and “propaganda against the regime”, announced the transfer of his client to the Evin Prison Women’s Ward. The student was arrested by security forces on July 28th, 2019.

On Monday, August 5th, 2019, Amir Raesian, the defense lawyer of Leila Hosseinzadeh, posted a note on his Twitter account confirming the transfer of the student activist to the Evin Prison Women’s Ward to serve her prison sentence.

Ms. Hosseinzadeh, secretary of the Central Council of Students at Tehran University, was arrested at her house by security forces on July 28th, 2019.

The student union’s telegram channel on the arrest of Ms. Hosseinzadeh wrote: “The student activist was summoned yesterday to the Evin prosecutor’s office by telephone, despite being scheduled to appear to at the prosecutor’s office only a few days later. She was detained this morning by security forces at her home and transferred to Evin Prison.

The appeal court dates for Hosseinzadeh was held at Branch 36 of the Revolutionary Court of Tehran under the chairmanship of Judge Sayed Ahmad Zarger on October 22nd, 2018 and May 14th, 2019.

This activist was convicted by Branch 26 of the Revolutionary Court under the chairmanship of Judge Mashallah Ahmad Zadeh and sentenced to 6 years imprisonment (5 years on charges of “gathering and conspiracy”, ۱ year on charges of “propaganda against the regime”) and a two-year ban on leaving the country.

Ms. Hosseinzadeh, a student at Tehran University, was arrested on January 1st, 2018, in front of her house during student protests. She was released on bail from Evin Prison on Wednesday, January 17th, 2018.

Ms. Hosseinzadeh was among the dozens of student activists arrested in Iran at the same time the protests began in early January 2018.

Final rulings on long-term imprisonment for student activists have been issued by appeals courts, which have previously been subject to protests by many student activists across the board and many officials, including Officials from the Ministry of Science and the Institution of Leading Representatives in Universities, MPs and University of Tehran officials had promised to resolve the problem of judicial decisions.