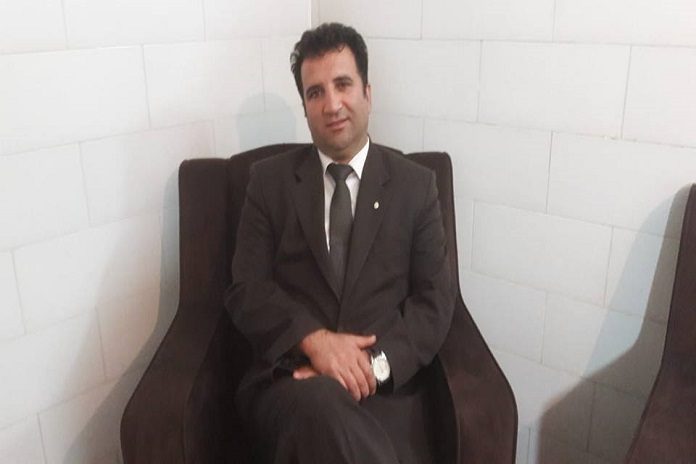 Mohammed Najafi, a human rights activist and a justice department lawyer detained in Arak Central Prison, ended his hunger strike after being returned from the quarantine ward of the prison.

Mohammad Najafi released an audio file on Saturday August 17th, 2019, demanding the resignation of the leader and criticized the policies of the Islamic Republic of Iran.

An official source told the Campaign: “Arak prison authorities have transferred Mr. Najafi to the prison quarantine following the release of the audio file, and he has been on a hunger strike to protest the transfer.”

Mohammad Najafi, a lawyer and human rights activist, was sentenced to two years imprisonment and 4 million Tomans fine by Branch 8 of the Central Province Court of Appeal for “publishing falsehoods to disturb public opinion” on Sunday, June 23rd, 2019.

According to the information available, the ruling was final and he was informed of the sentences at the Arak Central Prison.

The verdict was issued for Mohammad Najafi while he was previously sentenced to one-year prison for the same charge in Arak Criminal Court Branch 102 in another case, which was also upheld by the Central District Court of Appeal, Branch 9.

The lawyer who was previously arrested and transferred to Arak prison on Sunday, October 28th, 2019 to serve his 5 years imprisonment sentence, was released on March 27th, 2019, after being pardoned in Arak Central Prison.

The Islamic Republic of Iran has detained many lawyers (especially lawyers for human rights activists) in recent years, including the arrest and detention of Nasrin Sotoudeh, Mohammad Najafi, Mostafa Daneshjoo, and Abdolfattah Soltani.

The arrests prompted Amnesty International to repeatedly warn against the detention of lawyers in Iran, and in various statements urged Iranian authorities to release detained lawyers such as Nasrin Sotoudeh, Zainab Taheri, and Abdolfattah Soltani.