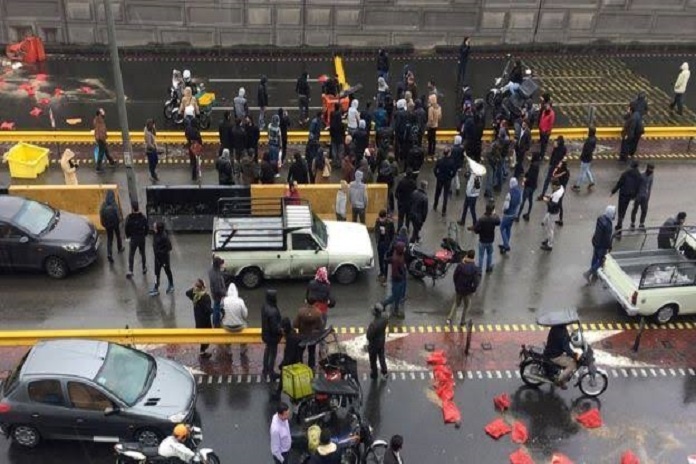 Protests against the increase in gas price by 3 times, have started on Friday, November 15th, 2019, and since then, tens of people have been killed, hundreds have been injured, and thousands have been arrested in various cities across Iran.

Internet service and connection to the World Wide Web in Iran have been suspended by government officials since Saturday, November 16th, 2019, because of protests against the rising gas prices.

The protests are said to continue in some Iranian cities, but because of the internet shutdown by the Iranian government, protesters are not able to publish the news and images.

In a recent interview with the Campaign for the Defense of Political and Civil Prisoners in Tehran, a civil rights activist said: ” City of Tehran is heavily guarded by many security forces. Large number of new forces in different cloths added to the repressive security forces. Yesterday, eastern Tehran areas such as Tehran Pars and Narmak were very cluttered and people had made bound fires. There are many videos and photos of the protests, but because of the Internet shutdown, we are unable to send them out. The number of injured and detainees is very high. According to some investigation and other statements made by citizens last night, we have learned that large number of detainees, including those injured, have been transferred to the Greater Tehran Central Penitentiary. “