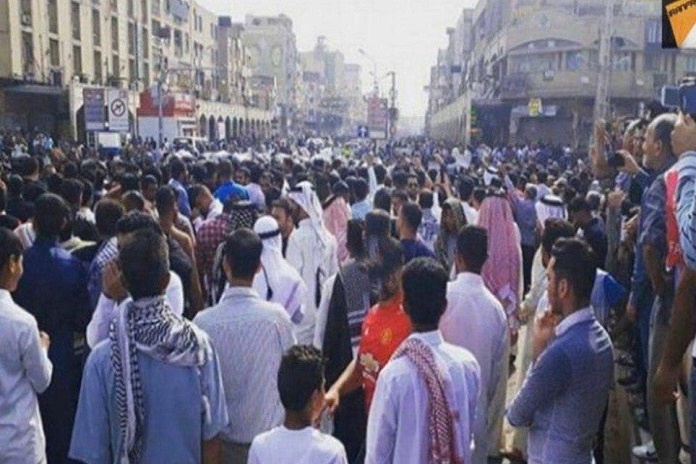 Demonstration against the increase in the gas prices started in Khuzestan province on Friday, November 15th, 2019, and are said to continue in some cities and areas of the province.

The protests started in Khorramshahr and then spread to other cities in the province and were violent in most areas. In the cities of Behbahan, Khorramshahr, Abadan, Ahwaz, Mahshahr and Chamran, many protesters, including several women and children, were killed, wounded or detained.

Human rights activist Karim Dahimi in an interview with the Campaign for the Defense of Political and Civil Prisoners said: “The protests in Khuzestan started from Khorramshahr and on the first day six people were killed in Khorramshahr and one was killed in Abadan. The identity of five of them have been obtained. There are several towns and cities side by side to Mahshahr, where the protests were taking place as well. All of these protests in provided statistics are under Mahshahr County.”

Mr. Dahimi further added: “The clashes that took place around Mahshahr and in Chamran and Taleghani towns on November 18th, 2019, were actually happened in this form: since these two town are in small areas where there is no governor’s office or governorship and … the people had held their rallies in front of the security, law enforcement or Friday’s Imam’s office. When protesters got close to these places, they were shot, and security forces were called for special units. Unfortunately, about twenty people were killed in these two small areas, including two women and one teenager that their identities have been obtained.”

According to this human rights activist, eight people were killed in Bandar Imam and Bandar Mahshahr. The number was obtained from a law enforcement official.

Up to today’s date number of people killed in South West cities of Iran from November 15th to November 18th, 2019 are as follows:

The death of the 4 people is reported, but there is no info on their identities

۸ dead have been seen at Narges Mahshahr Hospital