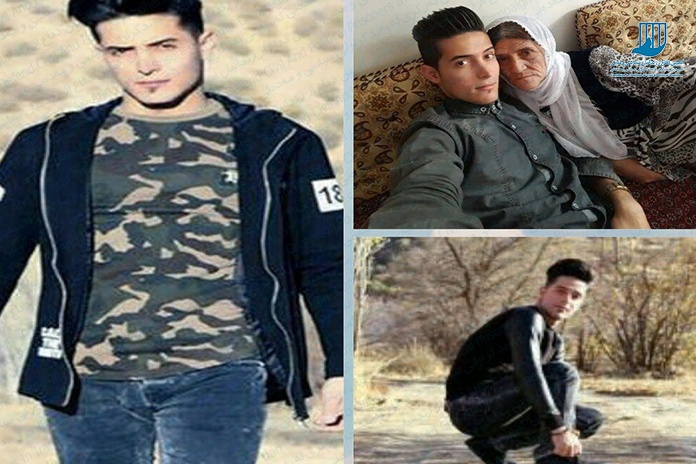 Despite constant follow-up by the family of Farid Pazhouhi, a 25-year-old resident of Marivan, government and security agencies have not yet provided any information on the reasons for his detention and whereabout. It is more than a year of his arrest that his family has been in a state of uncertainty and concern for his situation.

According to a report published in IranWire, Farid Pazhouhi, a 25-year-old Azad University student and owner of a mobile shop in Marivan, disappeared after leaving his friends on his way home on Tuesday morning of October 30th, 2018. There is no official report of his detention to the family. His family has long been worried about their child’s situation and has been demanding that Farid’s situation be clarified by state and security officials.

The report quoted the family of the young Kurdish man and saying that during their pursuit some authorities, including Marivan Friday’s Imam, Captain Atta Naderi, the head of the Marivan Police at that time, told them that Farid was alive and that security officials (Marivan Intelligence Bureau) arrested him and transferred to the Intelligence Detention Center of Sanandaj where he is being interrogated.

Captain Atta Naderi had also told them that they would have to wait for the institutions to announce their arrest. Despite this information, after repeatedly following with the Marivan Intelligence Service and following the family’s correspondence with the Marivan city representative in the Islamic Consultative Assembly and the Judiciary, all officials, have ignored the past evidence and remarks, and security officials have fully denied his arrest.

Another part of the report quoted Farid’s brother Hamid Pazhouhi and saying that two months after Farid Pazhouhi’s arrest, Irivan Shabani, another resident of Marivan, reported on Farid presence at the Intelligence Detention Center in Sanandaj. He noted that, “He went to the market to see my older brother Hamid in mid-December of last year and told him that Farid was kept in cell next to his in the Intelligence Office detention facility, and when we had the opportunity to speak, he told me what his name was, where is he from and I wanted to let you know.”

The Campaign for the Defense of Political and Civil Prisoners had earlier noted continued no news of the detainee’s situation in Marivan. Although the family of the young Kurd has denied Farid any political activity or political affiliation, he may be accused of “collaborating with opposition parties”. Security forces aimed to suppress Kurdish activists and create terror in the region, citizens and civil activists have always been summoned and detained on charges of collaborating with Kurdish parties, propaganda against the system, and acting against national security. Many of the detainees and their families, including the family of Farid Pazhouhi, have questioned the validity of the allegations and called them false and baseless.