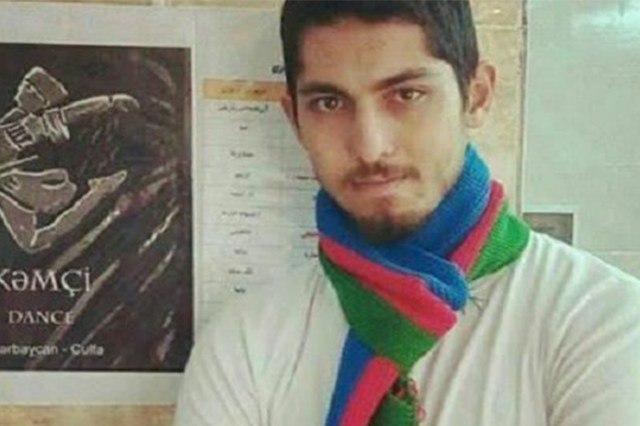 According to the Campaign for the Defense of Political and Civil Prisoners, Shahin Barzegar, a Turkish (Azerbaijani) activist held in solitary confinement in the Tabriz Intelligence Service for three months, started a dry hunger strike in protest of these conditions on February 1st and 2nd, 2020. This civil activist suffered a seizure and unconscious on the second day. According to the Student Movement of South Azerbaijan (OIRANJI), Shahin Barzegar contacted relatives and informed them of his hunger strike, as well as his and other activists detained in the Tabriz Intelligence Office transfer to prison. The transfer happened on February 3rd, after the two-day hunger strike by Shahin Barzegar.

In the same call, he pointed to the whereabouts of some other activists, including Mohammad Mohammadi and Sajjad Shahiri that each held separately in different wards. Akbar Mohajeri, Shahin Barzegar, Davood Shiri, Ayoub Shiri and Babak Hosseini Moghaddam are all in same ward in prison.

The case of Shahin Barzegar has been referred to Branch 1 of the Revolutionary Court in Tabriz. The Branch refuses to accept bail despite the bail was issued earlier. The Turkish activist had earlier been arrested by Tabriz Intelligence Service agents, at his father’s home with violence and beating on Friday, October 25th, 2019. At the same time with Shahin Barzegar, Jalil Big Mohammadi, Rasoul Razavi, Yousef Razavi, Babak Hosseini Moghaddam and Shahrouz Barzegar were arrested on charges of participating in the November protests.

These activists, who were detained during the November 2019 protests and held for 3 months in solitary confinement in the Intelligence Office, were transferred to prison on February 3rd, 2020. In a report released by OIRANJI, another detainee contacted family and relatives and quoted his interrogators, saying: “You have been detained on the pretext of November protests, but now that you are here, we need to make sure that you get a sentencing so that you will not go empty handed.”