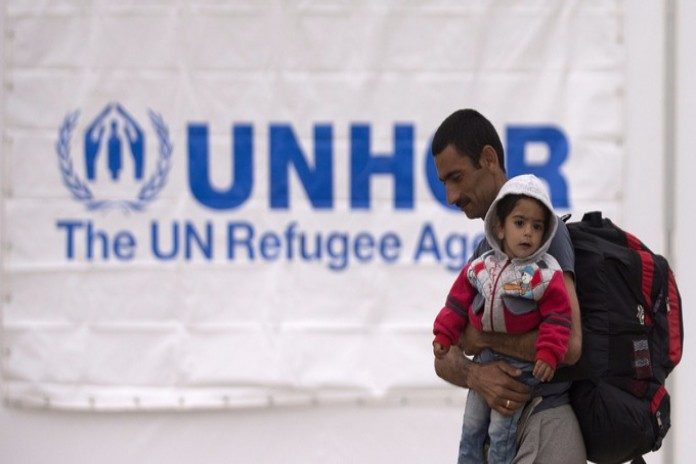 Thirty Iranian human rights organizations and organizations from around the world in a joint statement to UN Secretary-General Antonio Guterres and UN High Commissioner for Refugees (UNHCR) Katrina Lump in Turkey, have raised their objection to the cancelation of health coverage for refugees and asylum seekers in Turkey.

In a statement, the human rights organization also called on the World Health Organization (WHO) to urge European governments not to remain silent on the situation of refugees and asylum seekers in Turkey.

The full text of the statement, signed by 30 human rights organizations, reads as follows:

In the days when the world is facing a coronavirus crisis, many refugees and asylum seekers in Turkey are deprived of their most basic rights.

Asylum seekers living in Turkey are under pressure from the Turkish Immigration Office while most of them are unable to return to their homeland for ideological and political reasons.

The Turkish Immigration Office has canceled the health insurance for refugees and asylum seekers, causing severe damage to low-income or sick families. Besides, accidents or illnesses can come unexpected, and Turkey is one of the countries where the spread of coronavirus has accelerated.

However, the problems of refugees in Turkey do not end there: “no permission to leave the city, refusing to issue a work permit, and stopping the refugee case processing have made the situation even more difficult.”

A number of asylum seekers living in Turkey have filed a petition, signed by more than 6,700 people, calling on all human rights organizations and the international media to have their voices heard.

In this regard, we call on Iranian human rights organizations and institutions from around the world to urge UN Secretary-General Antonio Guterres and UN High Commissioner for Refugees Katrina Lump in Turkey to not be indifferent to discontinuing health insurance for refugees and asylum seekers.

We also call on the World Health Organization, all international forums and European countries to put pressure on the Turkish government to not sacrifice asylum seekers for their political aspirations and interests and to deprive them of their minimum human rights.

Copy: For the World Health Organization

The Society of Human Rights and Democracy for Iran-Hamburg

Defenders of Mothers of Parke Laleh-Dortmund

Defenders of Mothers of Parke Laleh-Hamburg

Defenders of Mothers of Parke Laleh-London

Independent Committee Against the suppression of Iranian Citizens-Paris

Committee in Defense of Human Rights in Iran-Chicago

Committee in Defense of Political and Civil prisoners

Society for « All Human Rights for Everyone in Iran”

Solidarity for Human Rights in Iran-Calgary

Union for Secular Republic and Human Rights in Iran- DC