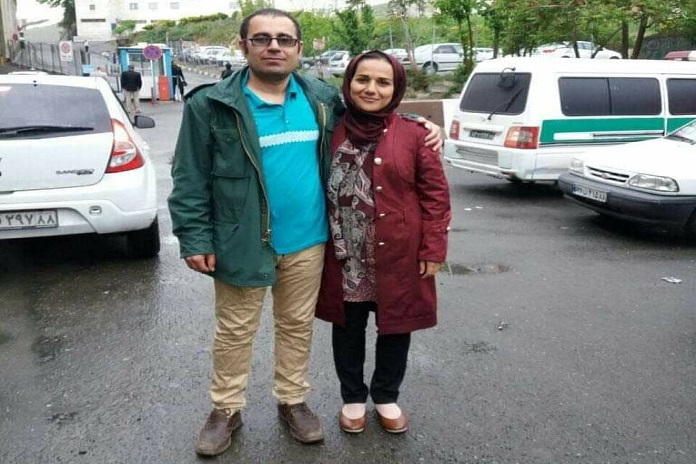 Mohammad Habibi, a teacher and teachers’ union activist who was detained in the Greater Tehran Prison, was released from prison.

According to the Campaign for the Defense of Political and Civil Prisoners, today, Tuesday, November 10th, 2020, Mohammad Habibi, a teacher and civil activist, was released from Greater Tehran Prison after serving two and a half years in prison, based on a new circular issued by the head of the judiciary.

Mohammad Habibi was sentenced by Branch 26 of the Revolutionary Court of Tehran to 7 and a half years in prison on charges of conspiracy to commit a crime against national security, 18 months in prison for propaganda against the regime, 18 months in prison and 74 lashes for disturbing the order, 2-year ban from participating in activities for parties and political and social groups, and ban on leaving the country as a supplementary punishment. According to Article 134 of the Islamic Penal Code 7 and 1/2 years of imprisonment is applicable.

Branch 36 of the Tehran Court of Appeals upheld the sentence of 10 and a half years in prison for Mohammad Habibi, which was issued by Branch 26 of the Revolutionary Court. The verdict was announced to his lawyers on Monday, December 24th, 2018.

This teacher and civil activists who was beaten and arrested at a Tehran teachers’ gathering on Thursday, May 10th, 2018. After ten months of silence, in an open letter in Evin Prison wrote about his latest situation, “ I have faced lots of pressures and aggression including being beaten while being detained during a Teacher’s Day rally in front of my colleagues (a civil and legal assembly), sent to interrogation in an abnormal cover situation (torn clothes and pants and no shoes with bare feet). ), Sent to the Greater Tehran Prison with the same conditions and unlawful custody, inmate with theft and mischief defendants, and with the least human resources.”

The teacher and trade union activist, who was beaten and arrested during a gathering of teachers in Tehran on Thursday, May 10, 1997, wrote in an open letter after ten months of silence in Evin Prison: “In the face of many hardships and pressures Among these pressures can be beaten during detention on Teacher’s Day rally in front of my colleagues (a completely union, civil and legal rally), sent to interrogation with an abnormal cover situation (torn clothes and pants without shoes with bare feet “I was sent to the Greater Tehran Prison with the same conditions and illegal detention. I was in this prison for four and a half months with those accused of evil and theft, and in conditions with the least human resources.”