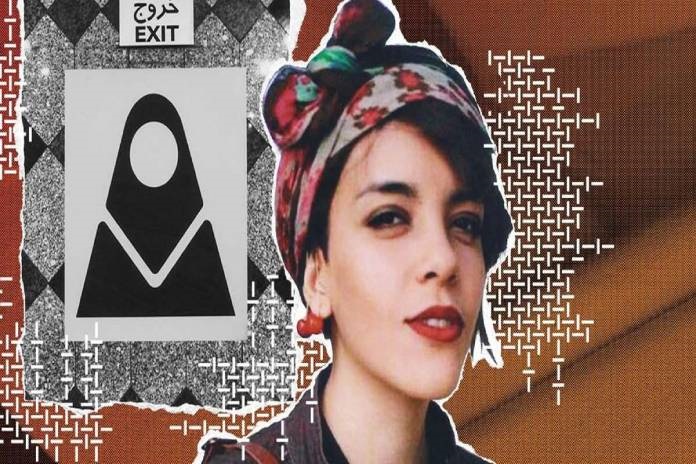 According to the Campaign for the Defense of Political and Civil Prisoners, Babak Paknia wrote on his Twitter page that his client’s father, Yasaman Aryani, had informed him that his daughter and several other prisoners in Karaj Prison had tested positive for Covid-19.

According to him, the prisoners were transferred to a small room “without medical consideration” and quarantined.

Mr. Paknia also requested that Ms. Aryani be granted medical leave in accordance with the law.

Yasaman Aryani, along with Monireh Arabshahi and Mojgan Keshavarz, were previously sentenced to a total of 31 years in prison by Branch 54 of the Tehran Court of Appeals.

According to a ruling posted on the Twitter page by Amir Raisian, the lawyer for the three civil activists, Yasaman Aryani, Monireh Arabshahi, and Mojgan Keshavarz were sentenced to three years and six months in prison on charges of “gathering and conspiracy against national security”, to 7 months in prison for “propaganda against the regime”, and to 5 years and 6 months in prison for “encouraging and providing the causes of corruption and prostitution.” Also, Mojgan Keshavarz was charged with “insulting Holy ” and was sentenced to additional 3 years in prison.

The defense attorneys were not allowed to enter any of the stages of the interrogation, the first court, and the court of appeal and the court refused to receive the defense statements of the defendants’ lawyers.

These jailed protesting against the forced hijab women, were sentenced to a total of 55 years and six months in prison by Branch 28 of the Islamic Revolutionary Tribunal, presided over by Judge Moghiseh.

Yasaman Aryani, civil rights activist and opponent of compulsory hijab was arrested in her father’s house on Wednesday April 10th, 2019. Her mother, Monireh Arabshahi, was arrested when she went to Vozara Detention Center in Tehran to follow-up on her daughter’s status on Thursday April 11th, 2019. It is said that the mother and daughter are currently being held in Kachuei Prison in Karaj.

Yasaman Aryani, one of the opponents of the compulsory hijab, was arrested by security agents, for publishing a video of herself on International Women’s Day, which was posted on social media. This civil activist on her first call after been arrested, informed her family that she had been arrested because of a complaint from the Ministry of Guidance about “distributing flowers in the women’s subway car on International Women’s Day, March 8th”.

After his arrest, the civil activist was first transferred to Qarchak Prison and then sent to the Ministerial Detention Center; For nine days, she was interrogated in solitary confinement in the ministers’ detention center, subjected to pressure and threats to obtain forced confessions.

Amnesty International has issued a statement calling on Iranian authorities to end the harassment, intimidation, detention and imprisonment of women human rights defenders who have peacefully protested the humiliating and discriminatory compulsory hijab laws, and to end the detention of women’s rights defenders and the release of them immediately and unconditionally.