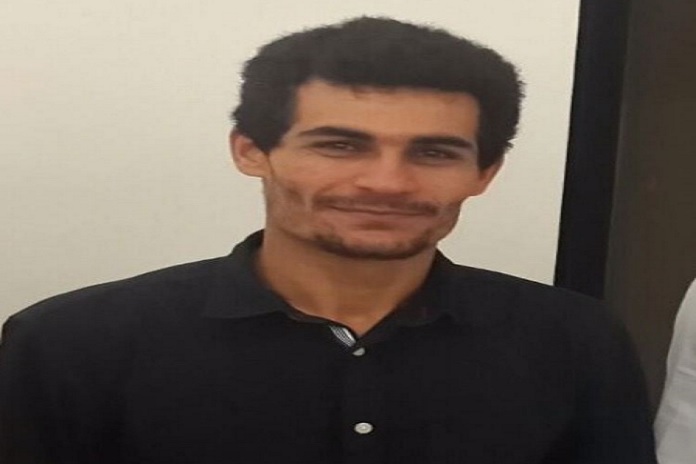 According to the Campaign for the Defense of Political and Civil Prisoners, the death sentence for Jassem Heydari, a resident of Zafaranieh street in Ahwaz, was approved by the supreme court and communicated to this prisoner. He was arrested by the Intelligence Bureau of the city in December 2017 and tried in the Second Branch of the Ahwaz Revolutionary Court for “prostitution”.

This Arab civil activist was arrested in December 2017 on charges of “collaborating with opposition groups” and “prostitution.”

He was transferred to Sheiban Prison in Ahvaz after several months of intensive interrogation and physical and psychological torture.

Jassem Heydari was tried and sentenced to death by the Second Branch of the Revolutionary Court of Ahvaz on charges of “prostitution.”

Marzieh Heydari, the mother of this civil activist, was arrested on March 11th, 2018.  She was under a lot of pressure to obtain forced confessions against her son.

Marzieh Heydari was transferred to Sepidar Prison after being interrogated and informed of the charges, and was later released on bail.

Jassem Heydari was one of 30 detainees in Sheiban Prison in Ahvaz who was charged by Branch 101 of Criminal Court 2, headed by Mansour Motamedzadeh, in connection with the prisoners’ protests in April 2020.

While reports at the time indicated that at least three prisoners were suffering from coronavirus in Sheiban Prison, videos were released around Sheiban Prison in Ahvaz on Tuesday, March 31st, 2020, showing images of smoke over the prison grounds and the sound of gunfire was also heard in video.

Reports indicated that the families of the detainees had gathered on the Shushtar-Ahvaz road and had been clashed with by security officials. The police commander of Khuzestan province had announced that the prisoners’ riot had been contained and peace had returned to the prison.

Finally, Branch 101 of the 2 Bavi Criminal Court charged the protesting prisoners of Sheiban with “participation in deliberate destruction and burning of public property “, ” disturbing public order”, and ” disturbing public peace” through controversy, rowdyism, and turmoil, the “murder of four Muslim men” and the “murder of five other prisoners.”

Branch 101 of the 2 Bavi Criminal Court, after being informed of the charges against these protesting prisoners, stated that these charges could lead to the issuance of death sentences for some of these individuals.