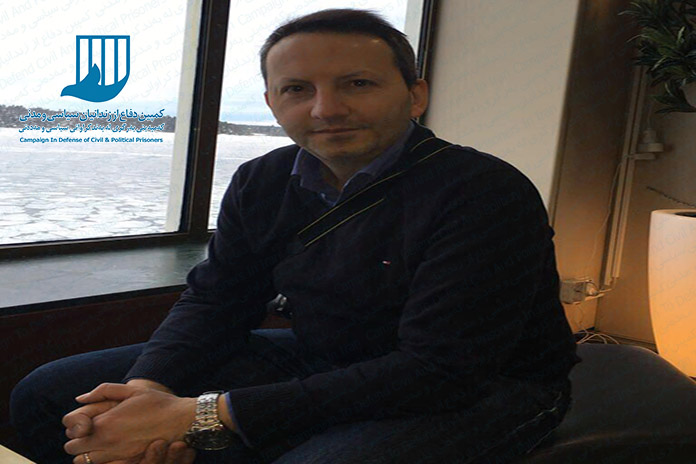 According to Helaleh Mousavian, the defense lawyer of Ahmad Reza Jalali, an Iranian-Swedish physician and researcher sentenced to death, her client has not been transferred to Rajai Shahr Prison during the past 24 hours and his execution has been postponed.

According to the Campaign for the Defense of Political and Civil Prisoners, Ms. Mousavian, Ahmad Reza Jalali’s lawyer, after going to court to follow up on her client, was informed that this dual citizenship prisoner sentenced to death had not been transferred to Rajai Shahr Prison and his death sentence has been postponed for several days.

Whereas, on Tuesday, December 1st, 2020, Helaleh Mousavian, referring to the statements from Iranian judicial officials regarding the transfer of Ahmad Reza Jalali to Rajai Shahr Prison, announced the possibility of the imminent execution of this dual citizen.

Ahmad Reza Jalali, an Iranian-Swedish physician and researcher, has been deprived of the right to contact and visit his lawyer and family in solitary confinement in Ward 209 of Evin Prison since Tuesday, November 24th, 2020.

Despite the efforts and hard work of Ahmad Reza Jalali’s lawyer and family, the officials at the Evin Courthouse announced that visits and telephone calls were prohibited for the prisoner, raising concerns about the imminent execution of Ahmad Reza Jalali.

According to a report received, on Wednesday November 25th, 2020, after Helaleh Mousavian followed-up with the Evin Court, officials told her that her client, Ahmad Reza Jalali, was currently denied access to a telephone call.

The lawyer, while expressing concern about the possibility of execution of her client, hoped that the efforts of the Swedish government and human rights organizations could prevent the execution of this sentence, but according to her, the Swedish government has not yet seriously following the case of Ahmad Reza Jalali. In her opinion, no effective action has been taken by this government to negotiate with the authorities of the Islamic Republic to provide the conditions for the release of this imprisoned researcher.

On Tuesday, December 24th, 2020, Diana Al-Tahawi, Amnesty International’s Vice President for the Middle East and North Africa, responded to the news of Ahmad Reza Jalali transfer to solitary confinement by issuing a press release. ” “We are horrified that the authorities have ordered the execution office to transfer Ahmad Reza Jalali to solitary confinement and to execute him within the next week.”

“It is dreadful that, despite repeated requests from UN human rights experts to overturn the death sentence and release Ahmad Reza Jalali, the Iranian authorities have instead decided to press for this irreversible injustice. They must immediately stop any effort for execution of Ahmad Reza Jalali and end this shocking attack on his right to life.”

“We call on the members of the international community to take action before it is too late and to save Ahmad Reza’s life, including through their embassies in Tehran.”

“International human rights organizations have always emphasized that the death penalty is a violation of the right to life after legal proceedings that have violated the guarantees of a fair trial. Amnesty International opposes the brutal and inhumane death penalty in all cases, without exception.”

After graduating from medical school in Iran, Ahmad Reza Jalali worked at the Center for Natural Disasters. He went to Sweden in 2010 to continue his education, where he received a doctorate in the same field, then spent his postdoctoral fellowship in crisis medicine at the University of Piedmont, Italy, and later settled in Sweden with his wife and two children.

This Iranian-Swedish physician and researcher, who had traveled to Iran at the invitation of the University of Tehran and Shiraz University to participate in a crisis management workshop, was arrested in Iran in May 2016.

He was sentenced to death, on charges of espionage and involvement in the murder of two Iranian nuclear scientists on October 22th, 2017.

Ahmad Reza Jalali has repeatedly denied the allegations against him and in a letter to the head of the judiciary of the Islamic Republic of Iran, Sadegh Larijani, has denied any contact or cooperation with the Mossad, saying: “The smallest evidence of this has not been presented during the trial.”