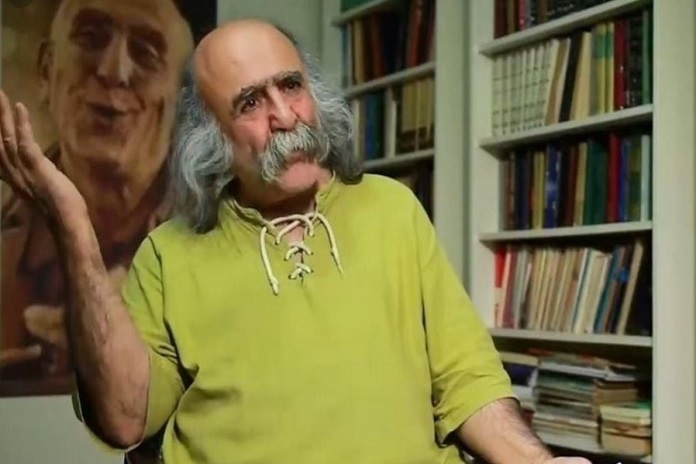 Keyvan Samimi Behbahani, the editor of Iran Farda publication, one of the detainees on International Labor Day, was arrested and transferred to Evin Prison to serve his sentence.

According to the Campaign for the Defense of Political and Civil Prisoners, Keyvan Samimi Behbahani, writer, journalist and member of the Council of National-Religious Activists, who was previously sentenced to 3 years in prison by the Revolutionary Court of Tehran, after appearing before the Execution Unit of the Evin Court, were arrested and transferred to Evin prison to serve his sentence on Monday, December 7TH, 2020.

Earlier, on Friday, August 21st, 2020, Branch 1 of the Public Prosecutor’s Office for the Execution of the Holy Martyr of Tehran summoned Keyvan Samimi to serve his three years in prison, but the execution of the sentence was postponed.

On Friday, August 21st, 2020, Keyvan Samimi wrote on his Telegram channel referring to the repeated visits of his lawyer to the Judiciary and the Judgment Enforcement Office based in Evin: “He, with the documents and plans on the subject of heart and lung diseases, as well as submitting bill based on the right to use the law of impossibility of serving a sentence, applied for the law to eliminate the three-year prison sentence. “

Keyvan Samimi Behbahani, a 72-year-old journalist who has been detained seven times during his 53 years of life, has served a total of more than 10 years in prison.

Keyvan Samimi Behbahani, a political activist and journalist, was arrested along with a number of other participants in a rally in front of the parliament building in Tehran, and transferred to Ward 209 of Evin Prison on Wednesday, May 1st, 2019.  He was temporarily released from Evin Prison on bail on Monday, June 17th, 2019.

On Tuesday, April 14th, 2020, the trial of “Keyvan Samimi Behbahani” was held in absentia and the sentence of five years in prison was announced to him through the Judiciary website.

This journalist and editor of Iran Farda magazine had previously announced on Monday, May 1st, 2020: “In absentia verdict and for reasons: the formation of the illegal party for the freedom of the Iranian people [of course, 22 years ago! ], Editor-in-Chief of Iran Farda Group [Of course, the Ministry of Intelligence, Islamic Guidance, and the Judiciary have issued licenses for Iran Farda Monthly!], uploading content in line with the Great Satan in cyberspace, lecturing, specking, inciting audiences, supporting political prisoners, and participating in illegal Labor Day rallies, I was sentenced to five years in prison. “

The trial of “Keyvan Samimi Behbahani”, a journalist and editor of Iran Farda was held in Branch 26 of the Revolutionary Court of Tehran, in the presence of him and his lawyers on May 18th, 2020. Earlier, without his and his lawyer presence, the court sentenced Keyvan Samimi Behbahani to 6 years in prison on charges of “propaganda against the regime” and “conspiracy against national security”.

On April 23rd, 2020, the Secretary General of the International Federation of Journalists (IFJ), “Anthony Blanger” expressed surprise at the fact that participating in the Labor Day march was criminalized and the 5 years prison sentencing for “Keyvan Samimi Behbahani”, a veteran journalist. He condemned the sentencing and called on the Iranian government to stop attacking journalists. He added that the Iranian government should respect the journalist’s unions and trade union and to not violate their constitutional rights.