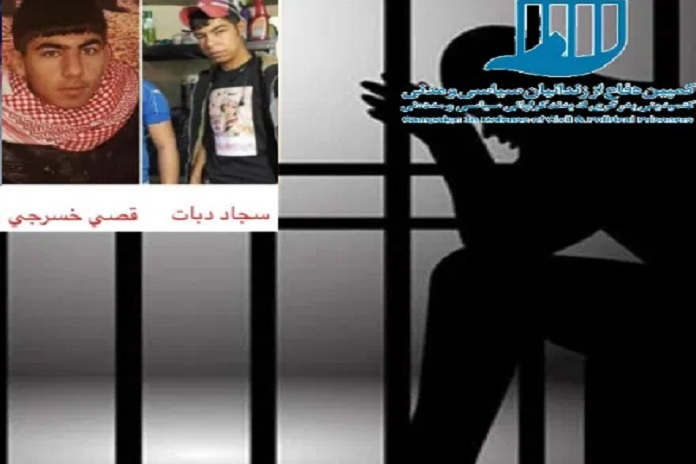 According to the Campaign for Defense of Political and Civil Prisoners, Raad Hamdani, Qusay Khosraji and Sajjad Dobat, Arab citizens imprisoned in Masjed Soleyman Prison in Khuzestan Province, were charged by the Dezful Revolutionary Court with “acting against national security” and “moharebeh” and sentenced to total of 40 years in prison.

It is said that the example of the accusations against these citizens was burning of Ali Khamenei’s photo during the November 2019 protests.

According to a claim issued by the Dezful branch of the Revolutionary Court, each of the three Arab citizens was sentenced to 10 years in prison on charges of “acting against national security.”

The verdicts were communicated to the three Arab citizens imprisoned in Masjed Soleyman Prison in recent days.

Karim Dahimi, a human rights activist, said: “All three of these individuals have been interrogated and charged with acting against national security through moharebeh since their arrest while they were deprived of their rights and have been denied access to a lawyer and other legal consultant. “

The human rights activist also added: “Earlier, Raad Hamdani, Qusay Khosraji and Sajjad Dobat arrest date was announced as June 6th, 2020, but here I announce that the correct date for their arrest of these is during November 2019 protests. “